A hell of a lot of Predators interviews and set reports have been released in the last two days. Firstly, Collider has interviewed various cast members and crew. You’ve got their Impressions, and interviews with Adrien Brody, Topher Grace, Alice Braga, Danny Trejo, Walton Goggins and KNB’s Greg Nictaro. There’s a set report on MovieWeb and Bloody-Disgusting. Another one on ShockTilYouDrop: Part 1, Part 2, Part 3. There’s an IGN interview with Greg Nictaro too. There’s a couple of new production stills that have been released. The first one is of Noland. 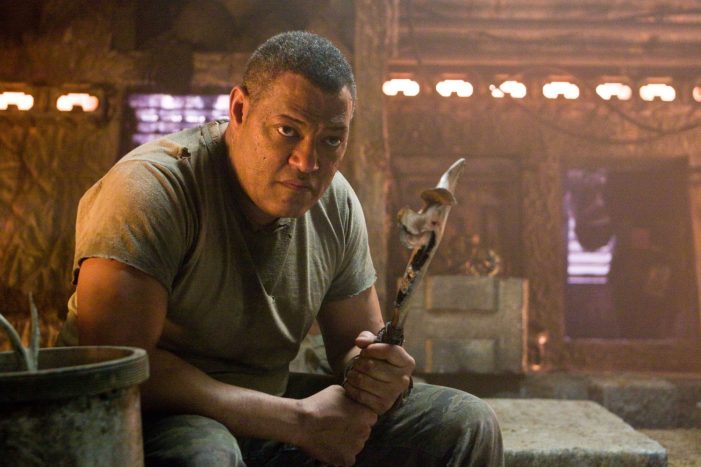 The second one is a shot of the characters in the wasteland. Lastly, there’s an interview on IESB with director Nimrod Antal as you’ve already seen, You can read Doomofman’s thread to see the important points that have come out of all the interviews. Thanks to Undel, RidgeTop, Darkoo, DazAvP85 and Black for the news.