It’s been a while since I can remember hearing Nimród Antal talk about Predators so I think it’s pretty thrilling to see the film’s director open up about his time working on the film in this new interview with the gents over at HN Entertainment.

During the lead-up to the film’s release, there was plenty of buzz around the possibility of cameos from Arnie’s Dutch or Danny Glover’s Harrigan. When asked about that, Nimród said:

“I believe that production had reached out to him [Arnie] and he was still governor at the time, I think that he was either still governor or just leaving the governorship, I’m not quite certain but it didn’t work out for whatever reason. I think that we had him potentially scripted as Nolan’s character and then that changed, then there was a thought at the very end that another cage is dropped and Arnold is in that cage, so there were a few iterations of how we could have worked him into the story. It would have been awesome none the less, I’m a big fan of his to this day. It didn’t work out.”

“I would have been really happy with working with Danny. I don’t recall what the considerations were as to why we didn’t pursue that but I would have loved to have him.” 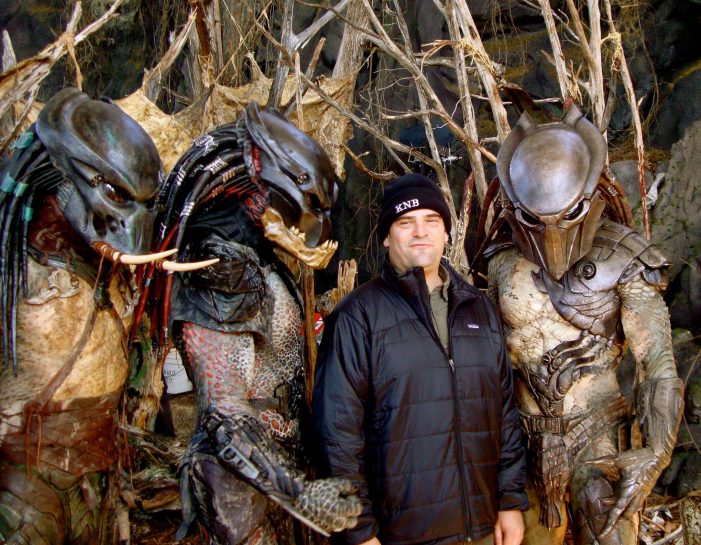 HN Entertainment also asked Nimród about the River Ghost, the mysterious alien creature that is featured in the film. Back in 2011 when we were working on our own article about the River Ghost, we learnt he had a larger presence in earlier iterations of the scripts. On the topic of whether there were going to be more creatures in Predators, Nimród said:

“Yeah, we had intentions of that in the early drafts but if I recall I thought we have been losing focus of our hunting party, our heroes, the cast of the film. I think we would have started to lose focus with them and I believe that’s why we started to clean it up and simplify it. We also had the [predator] dogs, the falcon, we had a few other elements within the story we didn’t want it to get too [unfocused].”

A point of contention with Predators’ marketing was that infamous trailer shot of Predator laser sights appearing on Royce. It turns out fans weren’t the only ones disappointed with that bit of a misleading marketing!

“That was marketing and I was frustrated by that because I knew that we would get backlash for it. They were doing something that fans would expect to see and we weren’t going to be able to deliver, it was never shot that way in the first place and I understand stand that marketing has to sell their product and I understand that everyone is tasked with a job, I respect that. It was just something as a fan I knew it was something we’d be getting backlash for doing and we did.” 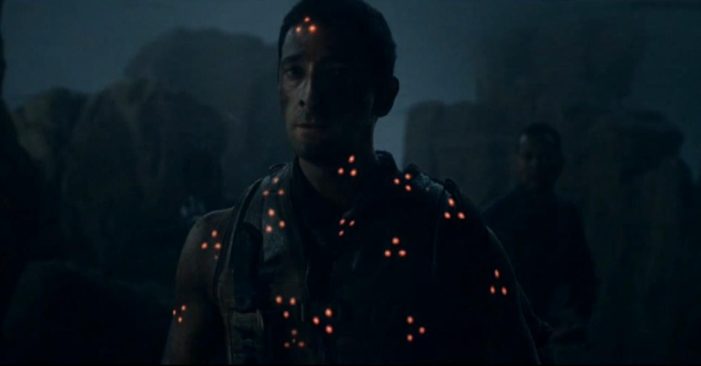 “I thought it was really important that we establish early on how many predators there are. The viewer is revealed the three of them together and I thought that it was super important early on to establish how many there were so the viewer understood what they were up against. One predator was capable of killing a crack Army unit, so we knew that if we were throwing in too many we would be doing a disservice to the character and what the character is capable of doing.”

“I think it was a number that I came up with early on and we settled upon early on with Robert [Rodriguez] that felt like a good number. It gave us enough opportunity to show different kinds of preds and show the viewer what we were up against.”

Be sure to head on over to HN Entertainment and check out their two interviews (one and two) in full where the Predators director talks more about his experience on the film!