Not only did Illfonic take a gameplay reveal trailer to GamesCom last week, they also took an early build of the game for gaming journalists to get hands-on with. Early impressions are pretty good, with emphasize on how authentic the game feels to playing as the Predator itself.

GameRadar’s Leon Hurley was one of the lucky few to experience the game at GamesCom where he got to have some fun with the game’s cloaking device!

Playing as the Predator is a fine balance of restraint and excessive power. When invisible, for example it’s hard to see a moving Predator, and impossible to be seen while stationary – during one of my matches, when I’d taken a lot of damage and been chased down by the soldier team, I was able to evade them just by turning a corner and freezing. It led to an unbearably tense few seconds as three of them circled around me, almost elbow to elbow and then walking on without realising. I don’t think I’ve ever struggled as hard to hold my nerves and not panic. 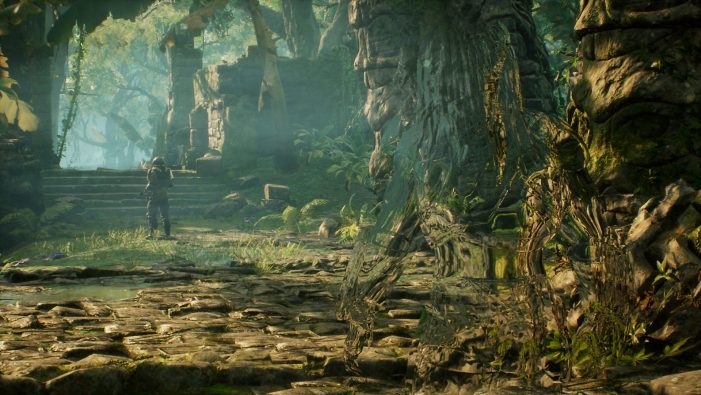 Hurley also went into detail around the victory conditions of the matches, stating they shared an understandable similarity with Illfonic’s Friday the 13th.

The average game’s push and pull comes from the fact that if anyone does actually [Arnie voice] get to the chopper, the Predator loses. So as the alien you have to constantly push your luck and take risks to stop that happening. Like Friday the 13th, the usual endgame is some people die, some get away and it’s a mixed victory on both sides. Eventualities like killing the Predator outright, or everyone escaping alive are more of a rare occurrence and all the more exhilarating for it.

Also on hand was Polygon’s Colin Campbell who was able to get an early play of Predator: Hunting Grounds and he spoke a little about the map, confirming a variety of map upon the game’s release.

The map I recently played was set in an ancient forest, but I’m told to expect a variety of maps and modes in the final release. Various installations are manned by hostile AI warriors. In the demo mode I played (which is available at PAX West this week), the soldiers are tasked with various missions which generally involve infiltrating buildings and killing swarms of AI enemies. They must survive the Predator, or kill it. The Predator’s only concern is hunting the human players, though it is also viewed by the AI as an enemy. 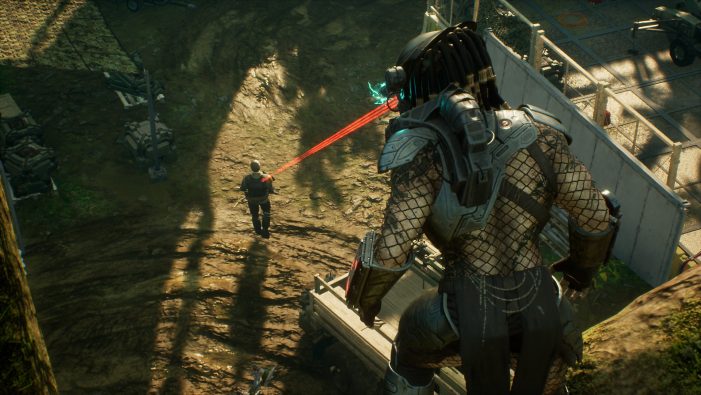 PlayStation Access has also posted up a nice video detailing the “7 Things I Learned” while playing Predator: Hunting Grounds. The video also contains new gameplay footage that demonstrates how the game’s Predkour system works, highlighting the path that the Predator is able to take through the top of the trees!

PlayStation Access also confirmed that there would be multiple classes of Predator. The Predator we’ve seen so far is called the “Hunter” class which has the Plasma Caster, wrist-blades and cloaking device.

We’ll be sure to keep this forum thread updated with new hands-on reports or footage as they come in!