GamesCom 2019  has just kicked off and Geoff Keighley took to the stage for the Opening Night celebrations where he was joined by IllFonic CEO Charles Brungardt to give the world its first look at Predator: Hunting Grounds!

Though Charles wasn’t able to divulge much information, we did get our first look at some gameplay in the new gameplay trailer which you can check out below!

After opening up with a cool throwback to Predator’s “Long Tall Sally” sequence, we watch as a fireteam deploys to take on the opfor (and named dropped Stargazer) before we got our first look at some of the combat. It looks like the Predator will be played in a third person perspective similar to Predator: Concrete Jungle while the fireteam will be played in first person.

Update: To go along with an upload of the proper trailer, Sony have also posted a pretty hefty blog post with a brand new screenshot in which they talk in some detail about Predator: Hunting Grounds. As suggested by the jungle setting in both trailers so far, Hunting Grounds will be pulling the majority of its influence from the first movie.

We used Predator ’87 for a majority of our inspiration for the game. Which we hope the gamers can see from the jungle environment, but also in the lengths we went to behind the scenes. We researched the original weapons and actually recorded them being fired in heavily wooded areas to make sure the sound and reverberation of bounding around trees and leaves was as accurate as possible in-game. 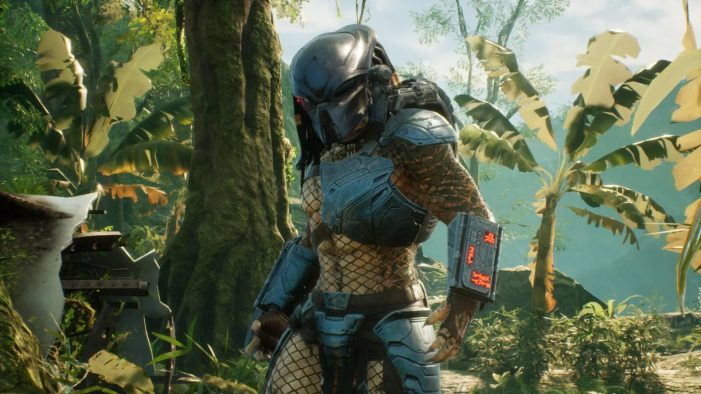 We of course take ’87 and evolve with current day weapons and technology; we want the Fire Team to be able to be at the top of their game against the universe’s deadliest hunter. In addition, we actually tracked down the synthesizers used in the original score.

These are just a few examples of the level of detail the team is aiming for as we create Predator: Hunting Grounds. It’s been a childhood dream to work on a Predator game. The little kid in me that would play Predator in the woods with friends is beyond stoked!

Though Illfonic is looking back to the original, Predator: Hunting Grounds is set decades after the first film so they were conscious to ensure it tied into the wider Predator lore, including (as I mentioned above) Stargazer!

Gamers will see this in little reveals. For example, we have tied Stargazer from the most recent film, then added some interesting backstory between the two factions. We cannot wait for the community to get into the game and see how we have brought it all together! 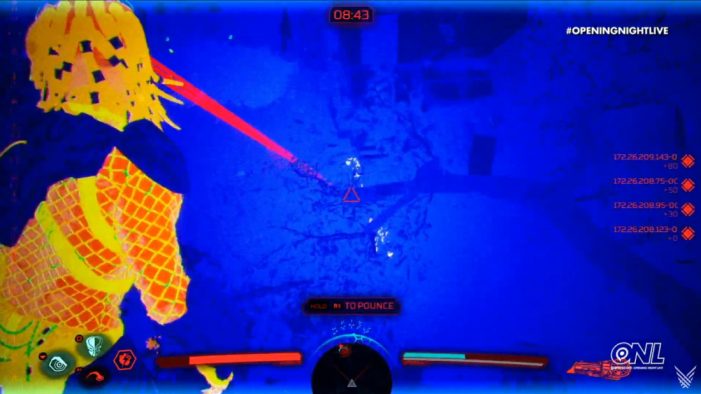 We created a system for the Predator that we call “Predkour” in the studios; think parkour meets Predator. The Predator has the ability to attack from above as well as on the ground, just like in the films. This meant we needed to create a system for the Predator to climb into the trees and move limb from limb, or structure. The Predkour system has really been the most challenging element to the game. We wanted the Predator’s movement from tree-to-tree to feel effortless and make you feel inhuman with your ability to bound around the map.

This also lends to why the Predator is in third person, versus the Fire Team’s first person. The third person view for Predator really allows the player to see not only the Predator, but also the paths available for the Predator to take; as well as hunt at the same time.

Head on over to Sony’s blog to check out the entire article! Predator: Hunting Grounds is currently in pre-Alpha and is expected to return to GamesCom next year!