For many fans the demise of Michael Biehn’s Corporal Hicks and Carrie Henns’ Newt was something of a letdown when it comes to Alien 3. The fans weren’t the only ones. Biehn has always been honest about his disappointment regarding Hicks’ fate.

And in a recent interview with The Hollywood Reporter that covers his career and his notable roles, Biehn talked about finding out about Hicks’ fate:

Alien 3, the troubled 1992 directorial debut from David Fincher, saw Hicks and the young girl Newt (Carrie Henn) die in a crash after the events of Aliens — a move that essentially negated the climactic events of Cameron’s sequel. Unbeknownst to Biehn, the production planned on using his Hicks in the film — and had created a fake version of the character with his chest burst open, apparently after incubating an alien Xenomorph. Biehn got word from a producer friend, and called up his agent, furious. After tense negotiating, Biehn and Limato killed the chest-burster idea, but gave permission to use his picture in the film — in exchange for a big payday.

Biehn has often spoken about the chestbursted fate of Hicks but until recently it’s not been something that has shown up in any of the scripts or behind-the-scenes material. Back in April the Alien Archives shared some pages used for reshoots of Alien 3 in LA. 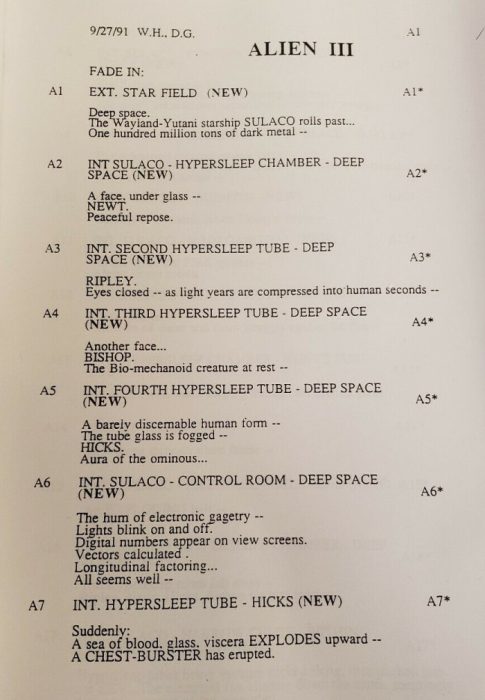 Biehn also revealed that he has never seen any of the Alien sequels after his own Aliens, stating he didn’t want to put himself “through the pain of ‘I could have done so much better than that.'”

The interview also covers a lot of Biehn’s other roles including The Terminator and Tombstone, his disappointment over Avatar, and naturally his time on Aliens where he recalled the late-and-great Bill Paxton:

“When Bill entered a room, you knew he was in the room. He was full of joy. He was upbeat,” says Biehn of the late actor, who died unexpectedly in 2017. “I never heard Bill say a bad word about anybody. We did five films together. When you count them all up…that’s about a year [of shooting].” 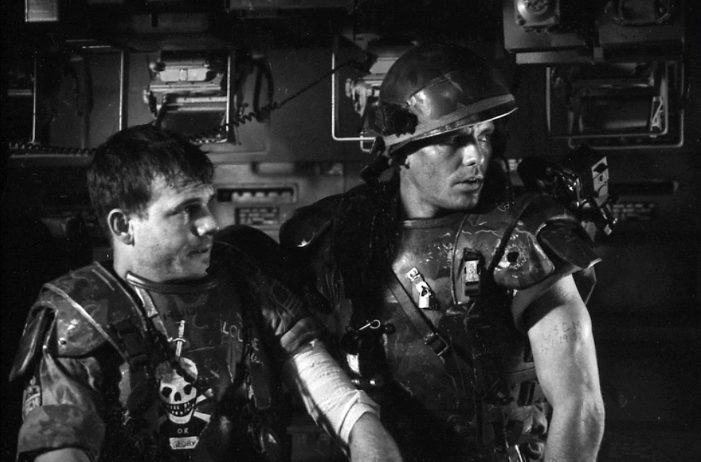 Since Aliens, Biehn has reprised the role of Hicks in the hugely disappointing Aliens: Colonial Marines, and most recently in Audible’s audio drama adaptation of William Gibson’s Alien 3 (which I loved!) in which Hicks took the leading role! Be sure to head on over to The Hollywood Reporter to check out the rest of the interview!