“Is there any validity to doing another one now?” asks James Cameron about Alien: Covenant in a new interview with Vulture. The interview is primarily about the current state of America and Cameron’s interest in Atlantis but Variety didn’t forget to ask James Cameron what he thought about Sir Ridley Scott’s upcoming Alien: Covenant:

“The franchise has kind of wandered all over the map. Ridley [Scott] did the first film, and he inspired an entire generation of filmmakers and science-fiction fans with that one movie and there have been so many films that stylistically have derived from it, including my own Aliens, which was the legitimate sequel and, I think, the proper heir to his film. I sort of did it as a fanboy. I wanted to honor his film, but also say what I needed to say. After that, I don’t take any responsibility.

I don’t think it’s worked out terribly well. I think we’ve moved on beyond it. It’s like, okay, we’ve got it, we’ve got the whole Freudian biomechanoid meme. I’ve seen it in 100 horror films since. I think both of those films stand at a certain point in time, as a reference point. But is there any validity to doing another one now? I don’t know. Maybe. Let’s see, jury’s out. Let’s see what Ridley comes up with.” 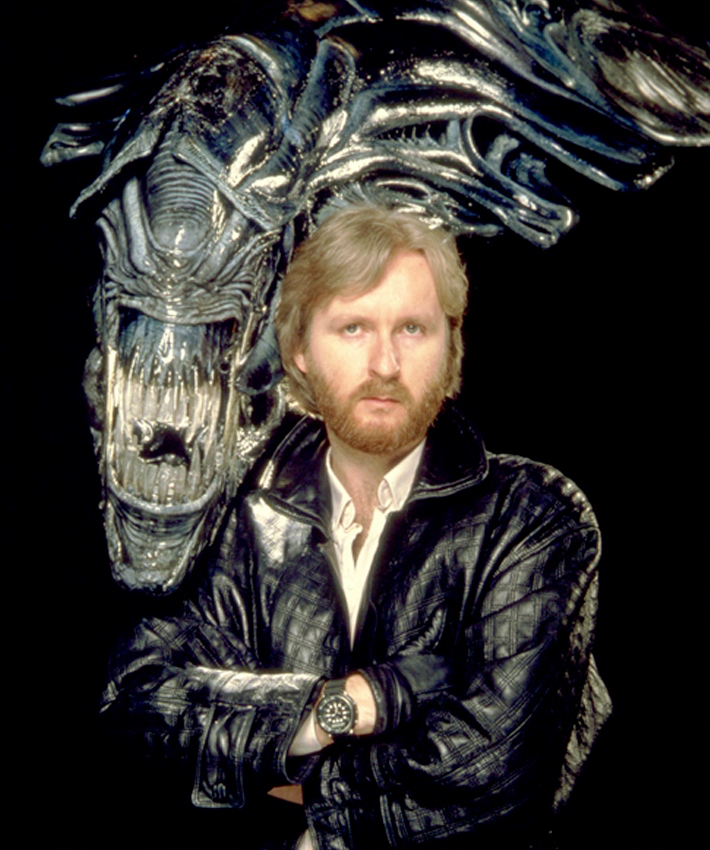 “Is there any validity to doing another one now?” asks James Cameron about Alien: Covenant in a new interview with Vulture.

This is a pretty interesting comment from Cameron as back in June he spoke out in favor of a different Alien film, Neill Blomkamp’s Alien 5, describing Blomkamp’s script as  “work[ing] gangbusters.” Cameron and Scott were even working together on a potential Alien 5 during the early 2000’s (as you can read over at AvP Galaxy staff member Valaquen’s blog, Strange Shapes) before giving up after learning that 20th Century Fox was working on an Alien vs. Predator film.

In regards to Ridley Scott and Alien: Covenant, Cameron does add that: “I will stand in line for any Ridley Scott movie, even a not-so-great one, because he is such an artist, he’s such a filmmaker. I always learn from him. And what he does with going back to his own franchise would be fascinating.”

Thanks to Pvt. Himmel for the news. Keep a close eye on Alien vs. Predator Galaxy for the latest on Alien: Covenant! You can follow us on Facebook, Twitter and Instagram to get the latest on your social media walls. You can also join in with fellow Alien fans on our forums!