The 286th issue of the magazine features a brand new interview conducted with James Cameron. A half hour segment of that interview with editor David Weiner was released as their 12th podcast and you can hear Cameron making the remark at around 28 minute mark.

While talking about how Aliens stands up today and how he’d have approached it differently with today’s technology, Cameron said: “would I want to make another Alien film tomorrow? No, I don’t think so.” He then teases a small possibility but then shortly rules it out completely: “unless someone could come with up with a spectacularly new concept.”

Weiner asks Cameron, straight to the point, if he wouldn’t rule out returning to the Alien franchise, if there was a compelling enough story. Cameron remarks that it is unlikely to happen as he’s got his hands full with the Avatar series: “Well, look…I’ve got my own kind of Alien world that I’m enslaved to now with the Avatar films, so I can pretty much rule that out.” 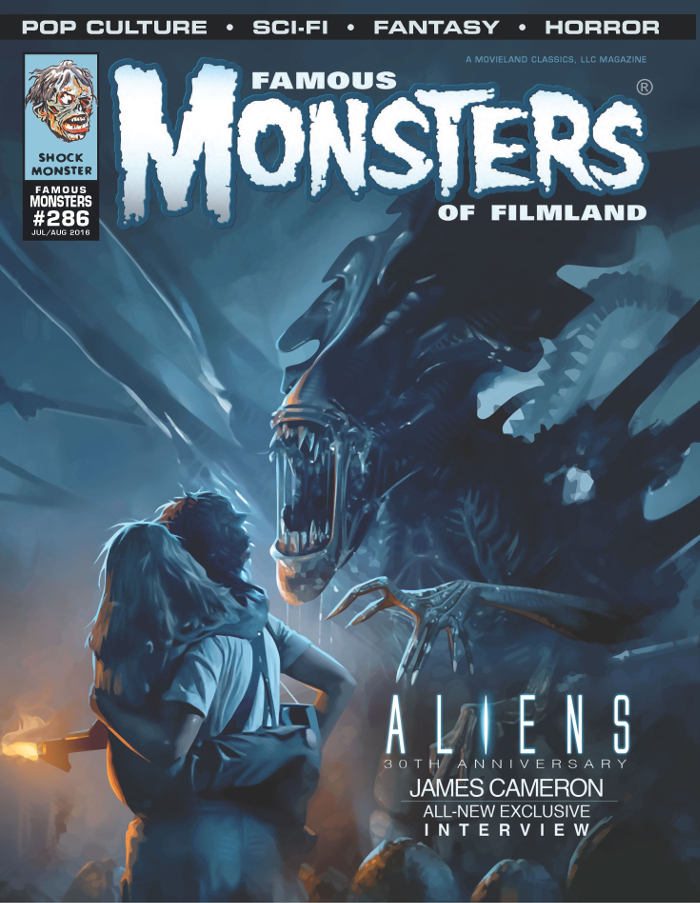 James Cameron unlikely to return for another Alien film. The comment comes from issue #286 of Famous Monsters.

With another 3 Avatar films planned, Cameron’s slate looks to be occupied by the science-fiction series for some time to come.

The last time Cameron was seriously involved in returning to an Alien film was back in the early 00’s when both he and Ridley Scott had been working on a concept for Alien 5. Cameron ultimately dropped work on the project when he found out Fox were moving forward with Paul Anderson’s Alien vs. Predator. Thanks to Omega Underground for the news.