I think it’s no secret that I’m a huge fan of Audible’s Alien audio dramas and I’ve been waiting (im)patiently for news of this years audio drama for the last month. Dirk Maggs and Audible have already finished adapting Titan’s first trilogy so were they moving onto the Rage War? Or perhaps the incredibly well-received The Cold Forge by Alex White?

Nope! Dirk Maggs and Audible are releasing an adaptation of William Gibson’s Alien 3, starring Michael Biehn and Lance Henriksen themselves!

Unfortunately the product page being linked to seems to have been taken down, so further details are currently unknown. Is it the first draft? The second draft? Who are the rest of the cast? We’re going to have to wait until Alien Day for the official announcement. 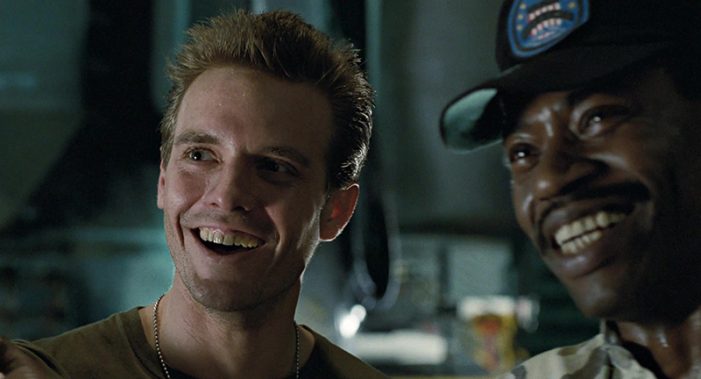 William Gibson’s Alien 3 has been getting some extra love lately. Dark Horse Comics recently wrapped up a 5 issue adaptation of the script by Johnnie Christmas and Tamra Bonvillain. The collected edition is due for release in July. We recently interviewed Johnnie about his work on the series for the podcast so check back in a few weeks for that!

Update 21/04/2019 – The product page is available to view on the American Audible website. There’s no release date just yet but this includes the synopsis and the cast listing:

Audible is bringing William Gibson’s lost Alien III script to life in audio for the first time, to mark the 40th Anniversary of the birth of the Alien Franchise.

Alongside a full cast Michael Biehn and Lance Henriksen reprise their iconic roles as Corporal Hicks and Bishop from the 1986 film Aliens.

Father of cyberpunk, William Gibson’s original script for Alien III, written in 1987 as a sequel to Aliens, never made it to our screens, although it went on to achieve cult status among fans as the third instalment that might have been after being leaked online.

This terrifying, cinematic multicast dramatisation – directed by the multi award-winning Dirk Maggs, is the chance to experience William Gibson’s untold story and its terrifying, claustrophobic and dark encounters between humans and aliens, as a completely immersive audio experience.

The story begins with the Sulaco on its return journey from LV-426. On board the military ship are the cryogenically frozen skeleton crew of that film’s survivors: Ripley, Hicks, Newt and Bishop.

We travel aboard and hear an alarm blare. Our heroes are no longer alone….