The third official Alien Day is just under a month away! And with the third Alien Day comes the third Alien audio drama from Dirk Maggs and Audible! As with Alien: Out of the Shadows and Alien: River of Pain, the upcoming audio drama is also based on a Titan Books novel of the same name – Alien: Sea of Sorrows. Despite being the second novel released in the trilogy, it actually took place third chronologically.

The Weyland-Yutani Corporation, reformed after the collapse of the United Systems Military, continue their unceasing efforts to weaponise the creatures, eliciting the help of Alan Decker, who is forced to join a team of mercenaries sent to investigate an ancient excavation lurking deep beneath the planet’s toxic desert, dubbed the Sea of Sorrows.

Somewhere in that long-forgotten dig lies the thing the company wants most in the universe – a living Xenomorph. Decker doesn’t understand why the company needs him until his genetic heritage comes back to haunt him. Centuries ago one of his ancestors fought the Aliens, launching a bloody vendetta that was never satisfied. That was when the creatures swore revenge on his forbear, ‘the Destroyer’, Ellen Ripley…and all her descendants.” 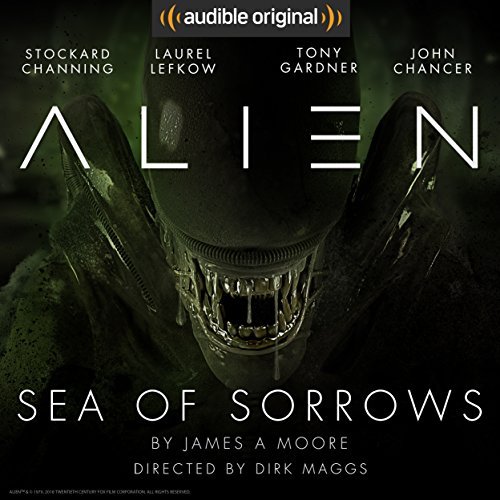 We are massive fans of Dirk’s work on Alien: Out of the Shadows and Alien: River of Pain here at Alien vs. Predator Galaxy and personally I’m really looking forward to this third effort! Alien: Sea of Sorrows is currently available for pre-order from Audible.