High-end collectible producer Sideshow has just announced a new “Legendary-Scale” Xenomorph bust, and an image of the piece has surfaced online! 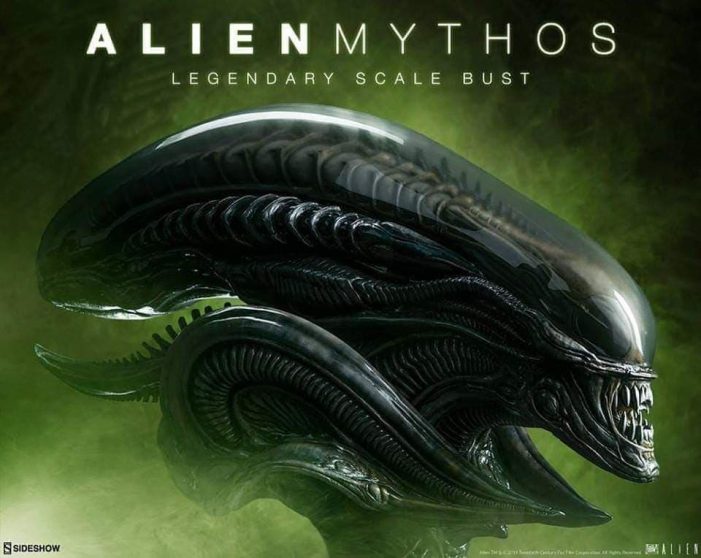 They offered a tease in their announcement:

“Sideshow’s Alien Mythos Legendary Scale™ Bust is coming next in our line-up of Alien collectibles! Sign-up on the RSVP list today and you’ll receive future updates on this Xenomorph! Plus, be sure to pick-up other Alien pieces, such as the Alien Warrior Mythos Statue, Alien Queen Maquette, Alien Warrior Statue, and Alien Statue!”

If the Alien Mythos name sounds familiar to you, it might be from Sideshow’s previous announcement of a re-imagined Alien Warrior statue that’s due to release in 2019.

As with that one, there definitely seems to be some Giger influence here. The elongated “eyes” or eye sockets under the dome are reminiscent of some of Giger’s earlier Alien designs.

This new Alien Mythos line certainly has us intrigued, and we’ll be keeping an eye out for what other alternative designs Sideshow may be bringing to collectors.