Get a load of this magnificent creation. Sideshow Collectibles will release this Alien ‘Big Chap’ Legendary Scale Bust in November 2014 and it’s available to preorder on their website now for a cool $399.99 (£241). It’s a 1:2 scale bust and Sideshow have created it to match H.R. Giger’s original creature design. 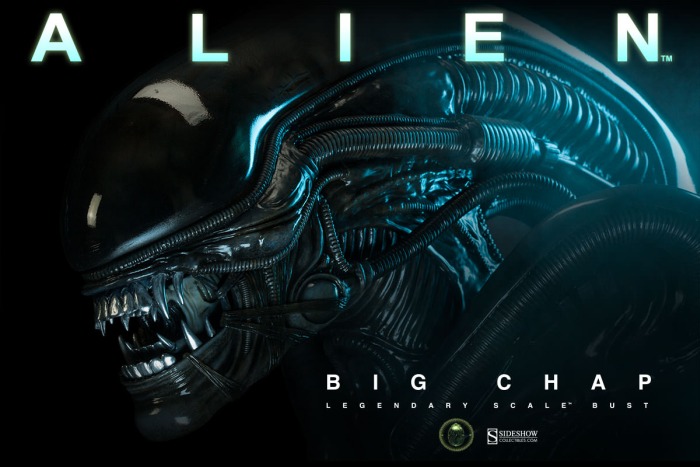 Sideshow will also be releasing an Alien Warrior Legendary Scale Bust in July 2014 costing $360 (£217). This one is based around the alien designs from James Cameron’s Aliens. Either way, they both look terrific. Thanks to Vark for the news.