Sideshow Collectibles, maker and dealer of premium Alien & Predator merchandise, have just revealed the next installment for their ‘Mythos’ series: the Predator Barbarian Legendary-Scale Bust. 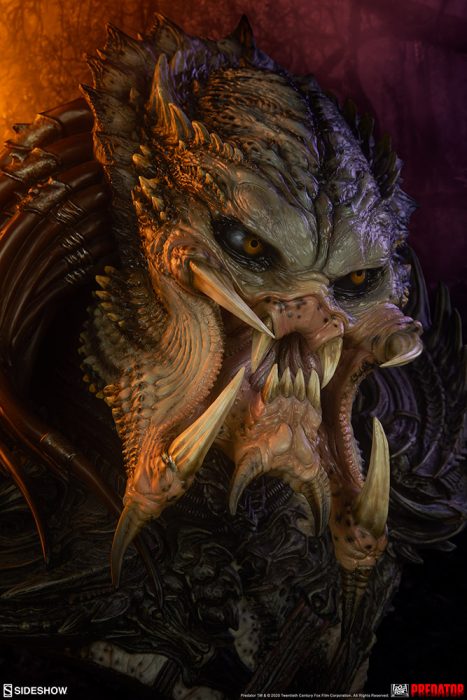 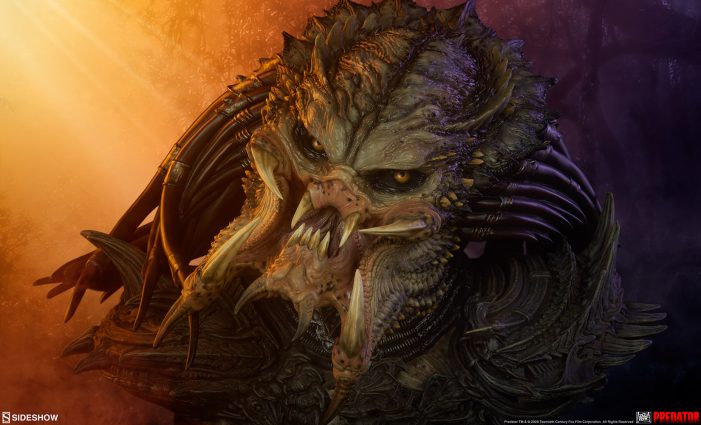 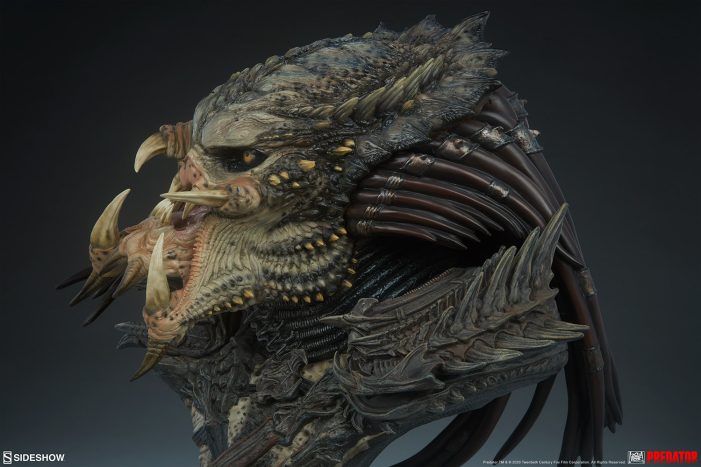 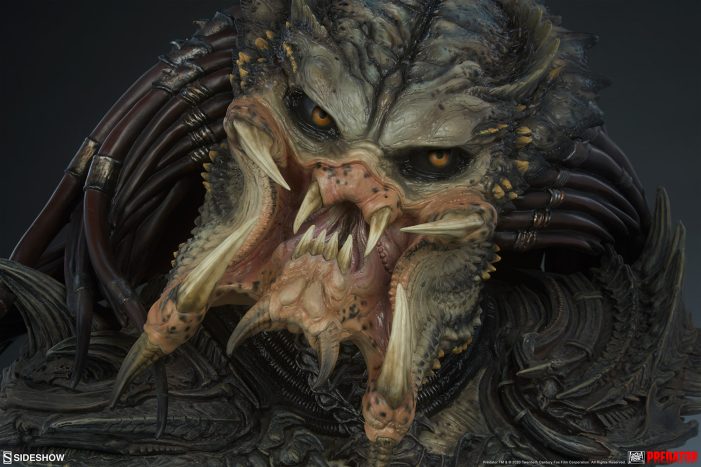 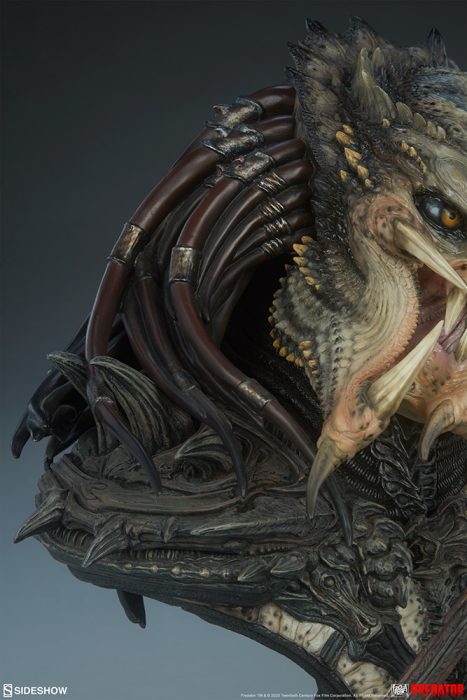 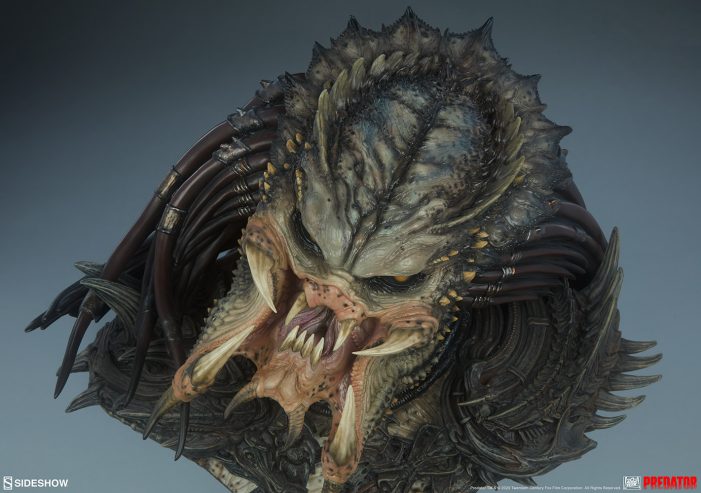 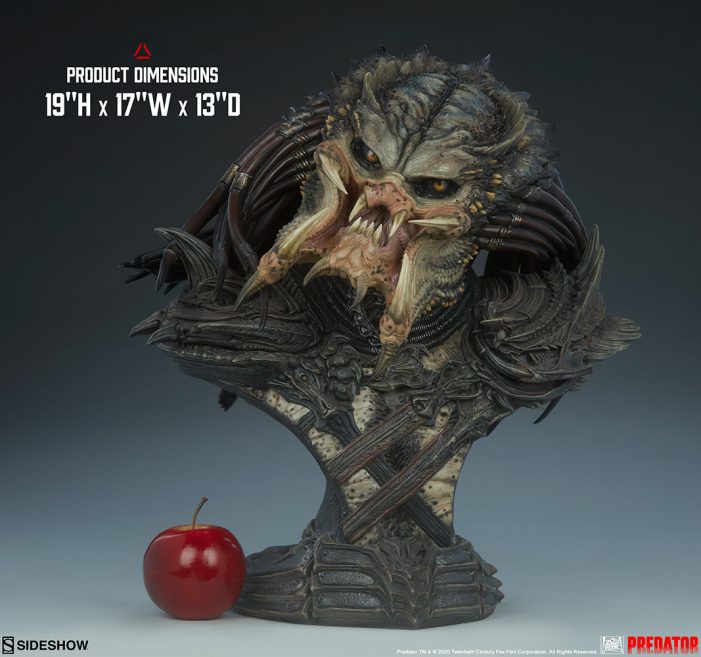 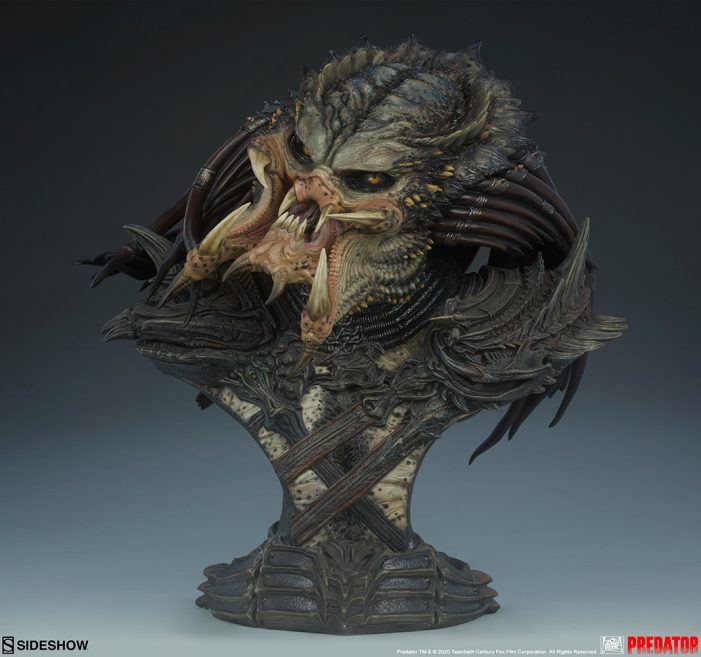 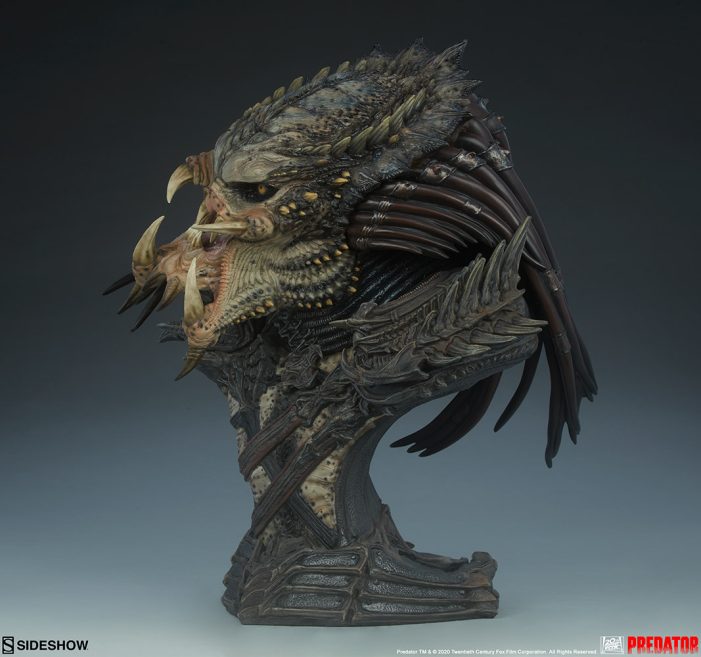 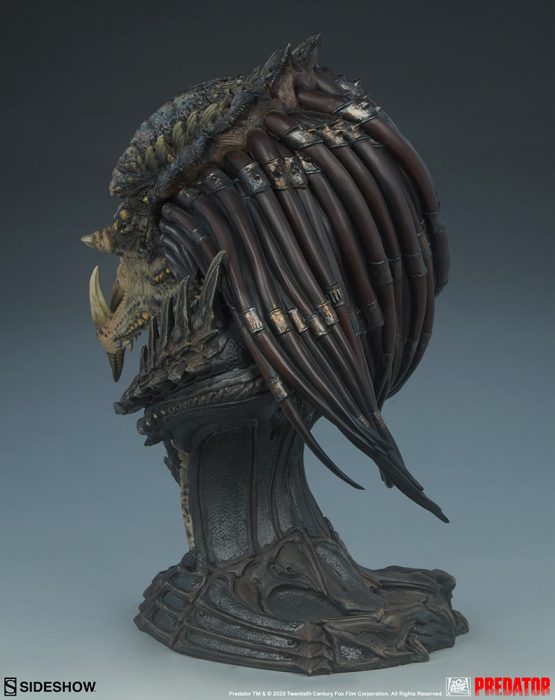 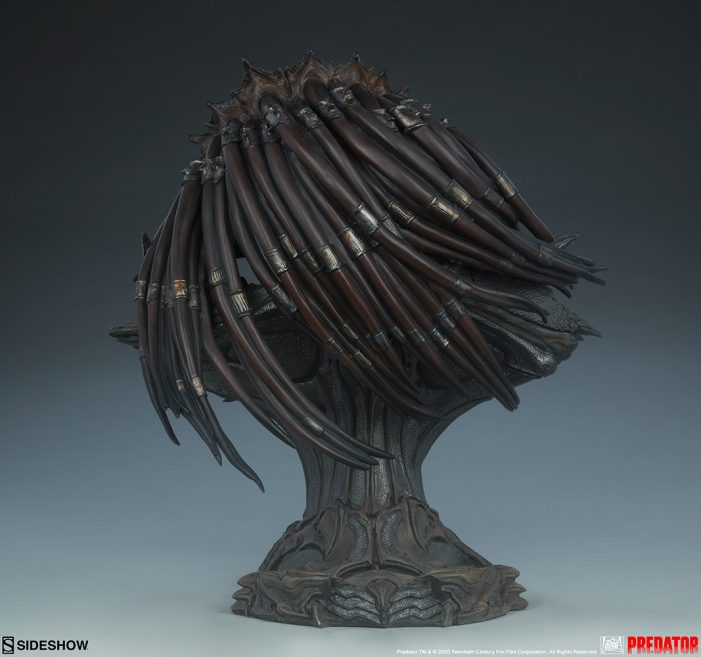 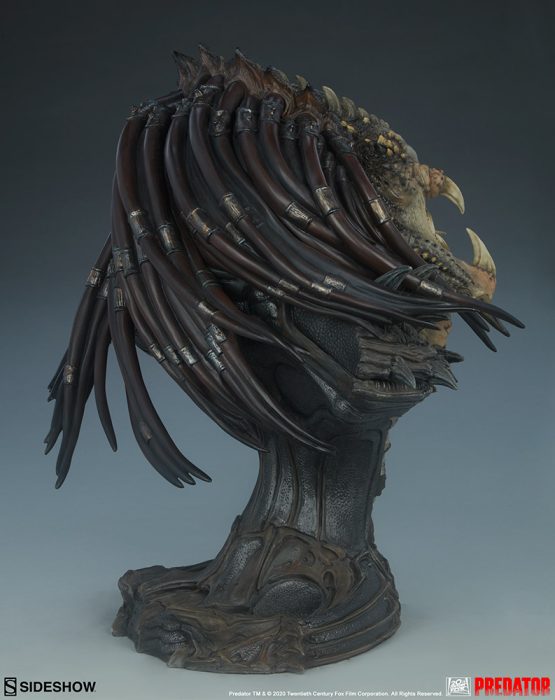 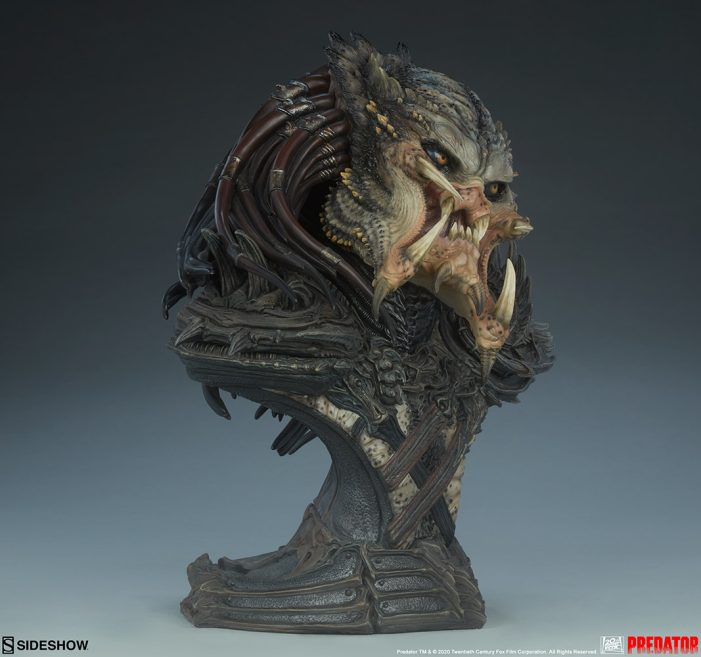 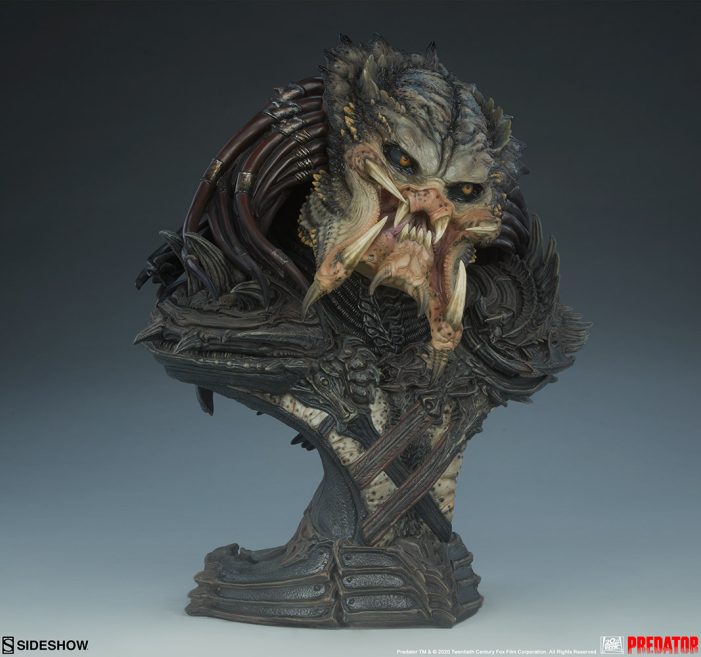 The impressive looking polystone bust is available for pre-order on their site.

The Mythos line offers unique artistic concepts for the worlds of Alien & Predator, rather than recreating what was seen on screen.

“Sideshow’s Mythos series captures the limitless possibility of fan-favorite franchises by emphasizing core concepts and introducing unique ideas to popular fictional universes. The Predator Barbarian is a hulking jungle hunter who brings a new level of ferocity to the dangerous fight for survival.

The polystone Predator Barbarian- Mythos Legendary Scale™ Bust measures 19” tall from the top of the beast’s spiny head to the bottom of its detailed Yautja-aesthetic base, imbued with a sense of dynamic movement through the portrait and dreadlocks. This bigger, more brute-like alien warrior features heavily armored shoulders, detailed facial markings, and snarling mandibles, making it the last thing you want to see in a dense jungle setting. The Predator Barbarian embodies all the ruthlessness of the killer Yautja species, painted with the signature earthen tones and piercing yellow eyes that allow these hunters to camouflage and stalk their prey with deadly precision.”