A new behind the scenes book for The Predator released today from Titan Books. Similar to last year’s Alien Covenant: The Official Collector’s Edition, this book titled: The Predator: The Official Movie Special mainly features interviews with the cast and crew, but also included are a nice bunch of new unseen photos and concept art. You can order the book through Amazon (US / UK) 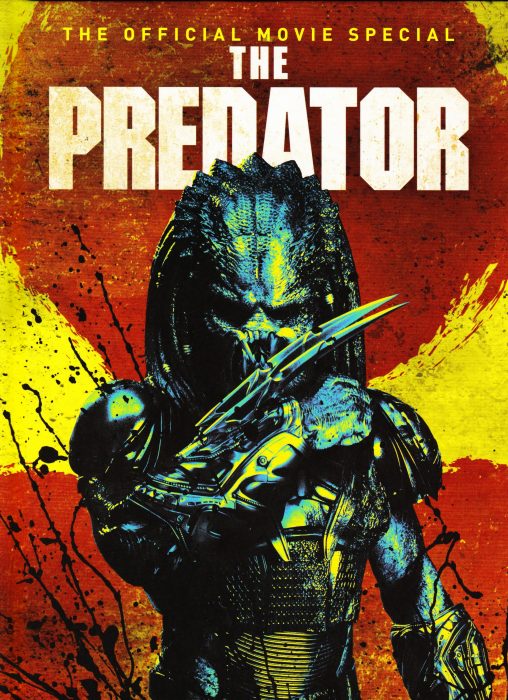 Check out a few scans below:

Among these images is a torso stand in for the “Upgrade” Predator in the film. This was likely used for lighting reference for the CGI artists to work with in post-production rather than as a planned practical effect of any kind. The Upgrade design appears slightly different here than what we see in the final film.

We also can see some concept art of the Project Stargazer facility, as well as the military guarding a Predator ship; likely from a scene that was cut from the film.

I would assume we’ll find plenty of other new photos and concepts in the more comprehensive behind the scenes book for the film landing next week: The Predator: The Art and Making of the Film. (Amazon US / UK)