Following on from the recent teaser trailer and TV spot, 20th Century Fox have now released the full trailer for Shane Black and Fred Dekker’s upcoming The Predator!

The new trailer gives us a much better look at the cast and characters and the Predators, including another shot of the Upgrade roaring!

In addition to the new trailer Fox have also released a brand new poster, showing off a Predator claw (given the red colouration I expect it’s the Upgrade) holding the masked skull of a Predator! 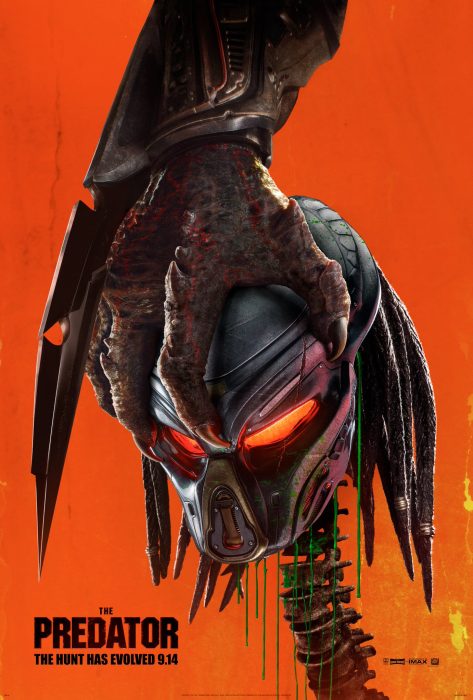 What do you think of the new trailer? Be sure to let us know down below! NECA will be revealing one of their figures for the film later today so be sure to check back in for that!