Presented as an interactive survival manual, the augmented reality animations bring your favourite xenomorph to life, via a smartphone, or tablet. Created by author Owen Williams following the latest film Alien : Covenant, the book offers an experience you’ll never forget!

The book has been beamed back to us from the future reality witnessed in the Alien movies. The Augmented Reality Survival Manual has been written as if for new recruits of the US Colonial Marines to impart knowledge of identification and combat of xenomorphs. Protecting yourself and mankind against this significant and ever-growing threat is the goal. 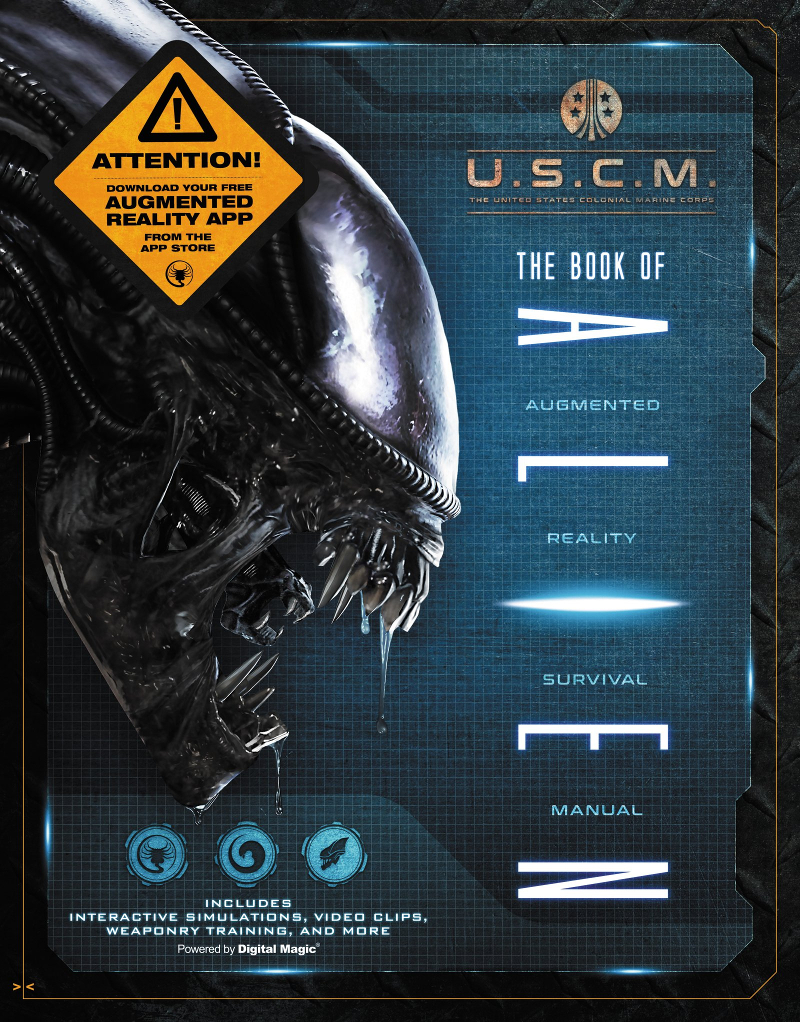 For new recruits you will get to see what life of a USM pilot is like and observe ‘on the scene’ footage of the marines in action, in the form of movie excerpts. Whether it’s the first day of your USM training, or you’re a hardened veteran Alien: Augmented Reality Survival Manual is vital to shore up your knowledge of the xenomorph threat and ensure your prolonged existence.

Study a xenomorph autopsy, witness an alien egg hatch in real-time and see the deadly attacks of a face-hugger first-hand!”

The Alien: Augmented Reality Survival Manual is due for release on the 5th of October in the UK and November 14th in the States. The book is currently available for pre-order on Amazon (UK and US) or directly from Carlton Books.