Aliens: The Set Photography is a brand new book due out next year from Titan Books. 2016 is the 30th anniversary of Jim Cameron’s seminal Aliens and so I expect to see a lot of new items popping up in celebration. We’ve already seen the announcement of a re-release of Dark Horse’s original Aliens comic sequel (Aliens 30th Anniversary: The Original Comics Series) and now Aliens: The Set Photography.

“To celebrate the 30th anniversary of James Cameron’s groundbreaking science fiction classic comes the first, official record of the shoot. Through candid, high-quality stills we see the cast and crew at work, in costume, rehearsing, in make-up, and during filming. Some choice pieces of original concept art add greater context to the shoot and showcase the remarkable level of design. Also features insightful quotes from original interviews.” 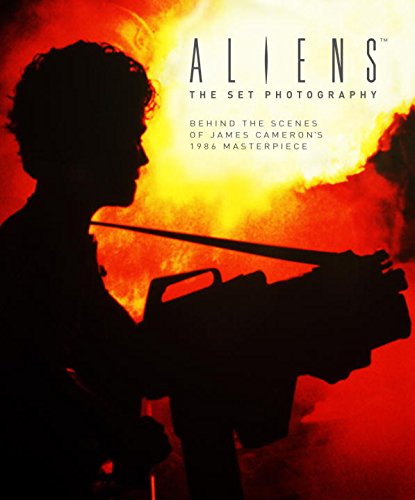 Over the recent years Titan Books have been responsible for quite a few Alien books including reprints of the Colonial Marines Technical Manual, The Book of Alien and Aliens: The Illustrated Story. Titan finished publishing an original Alien novel trilogy last year. In September 2015 they also released their first in a new Aliens vs. Predator trilogy series called The Rage Wars.

As well publishing Art Of books for Prometheus and Alien Isolation, Titan Books also released the Alien: The Archives at the end of 2014, a large book focusing on the making of the Alien series: “Alien: The Archiveis a beautiful celebration of these landmark films, delving deep into the process of how all four films were created. From the earliest script ideas to final cut, this book showcases the making of the series in exhaustive and exclusive detail. “

Prey Soundtrack Is Now Available To Listen To Online!
By Hicks (05-Aug-22)