It’s now April 26th (at least here in the United Kingdom) and that means Alien Day is upon us! All the staff here at Alien vs. Predator Galaxy would like to wish all our readers and community members a happy Alien Day! As with the last 2 Alien Days, we’ll be covering all the competitions and the swanky new products on offer.

FoxNext and Imagination Studios’ awesome new Alien virtual reality experience is opening in The Outlets at Orange in Orange County, California today! Alien: Descent is a wireless virtual reality game that places you and three other players in the shoes of an elite squad of Colonial Marines sent to investigate a distress signal from a Weyland-Yutani mining outpost. Tickets are available for $22 each from the official Alien: Descent website.

The Amazon Alexa based Alien game is now available (only in the US so far, it seems) to download! Alien: Offworld Colony Simulator is a turn-based survival game that is played via the voice-activated Amazon Alexa service. It is currently available for free from the Skills section on Alexa or from the Amazon website.

“Launching one minute prior to ALIEN DAY at 11:59 PM ET on April 25th, the ALIEN: Offworld Colony Simulator is a turned-based survival game that simulates a Weyland-Yutani Space Colony in security lockdown. Weyland-Yutani is inviting civilians to participate in an open Beta test of “The Offworld Colony Simulator” – an advanced system that simulates security breach scenarios in non-terrestrial colonies. Those that participate in the Open Beta will help teach the system’s AI to accurately simulate human behavior in the face of otherworldly dangers. 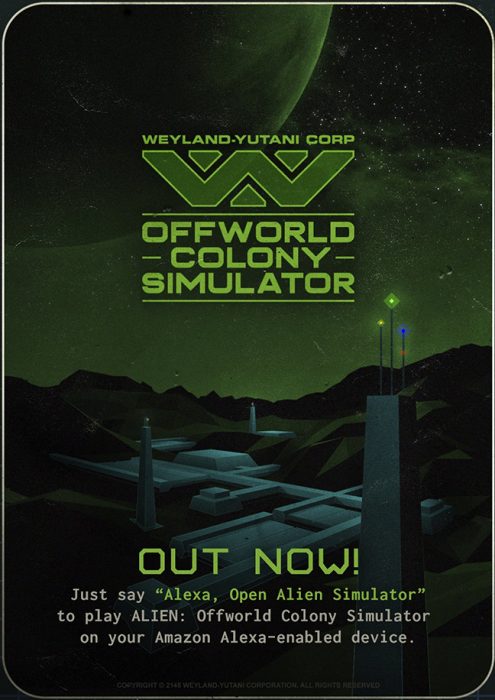 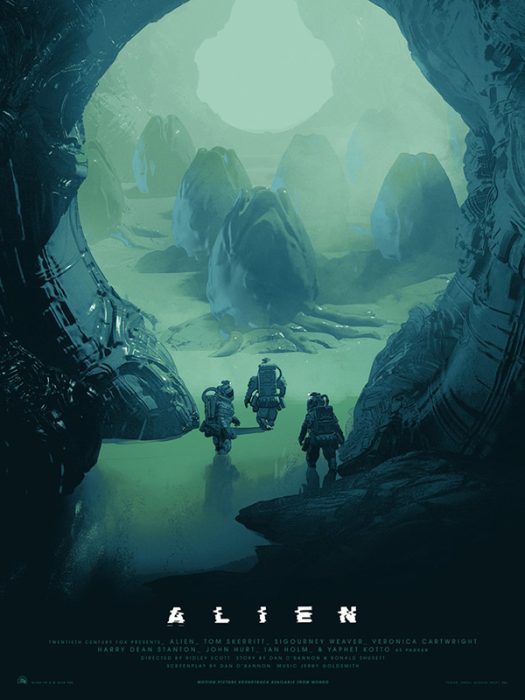 We’ll be keeping this thread updated with more as we find it! Any big announcements that come out of today will be receiving their own separate posts.  How are you celebrating Alien Day? Let us know down below!

I know it’s not Alien related but 20th Century Fox’s panel at Cinemacon is also taking place today and we’re expecting them to unveil the first footage from The Predator so keep your eyes peeled for our coverage of the information coming out of the event!

Keep a close eye on Alien vs. Predator Galaxy for the latest Alien Day 2018 news! You can follow us on Facebook, Twitter and Instagram to get the latest on your social media walls. You can also join in with fellow Alien and Predator fans on our forums!