What a mouthful of a post title! Empire Magazine have announced their special Alien Day release of the magazine. As expected, the focus is around Alien: Covenant but this limited edition issue comes with a bit of a twist, it’s a Virtual Reality magazine complete with a VR headset and content!

“Arriving on Alien Day, 26 April (a nod to planet LV-426), we can proudly present the UK’s first ever Virtual Reality magazine. Only 10,000 copies of the limited edition issue will be released, each containing a VR headset to be used with a smartphone.

The issue will unlock two exclusive pieces of mindblowing VR video content. The first, entitled Alien: Covenant In Utero, offers up a terrifyingly close-and-personal encounter with an alien Neomorph. If you’ve ever wanted to see the birth of an alien in 360 degrees, here’s your chance. Plus, there’s a second exclusive virtual reality in-world scene, not featured in the film.

The whole thing is packaged with exclusive artwork and the print edition of the world’s biggest movie magazine – featuring an extensive on-set report from the film – included. The extremely special VR edition of Empire goes on sale Wednesday, priced £6.99, at selected Sainsbury’s.” 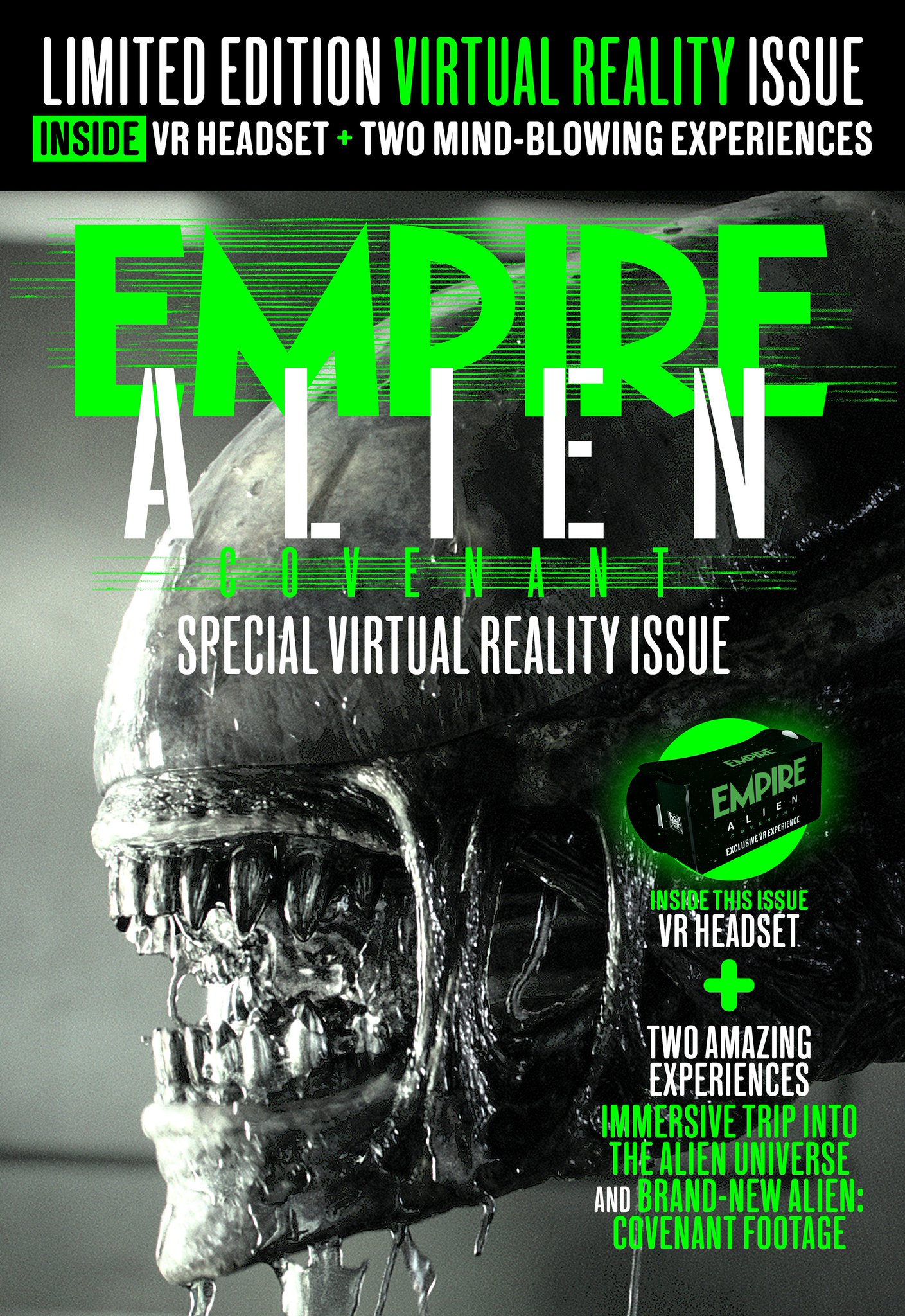 Empire has released a handy spreadsheet of all the stores that will be stocking this limited edition copy of the magazine. Thanks to Pvt. Himmel and Omer for the news!