The new poster is captioned “Hide” and somewhat mirrors the original iconic Alien poster. It also gives us a good look at the new Alien eggs created by Odd Creatures (Odd Studios and Creatures Inc.) 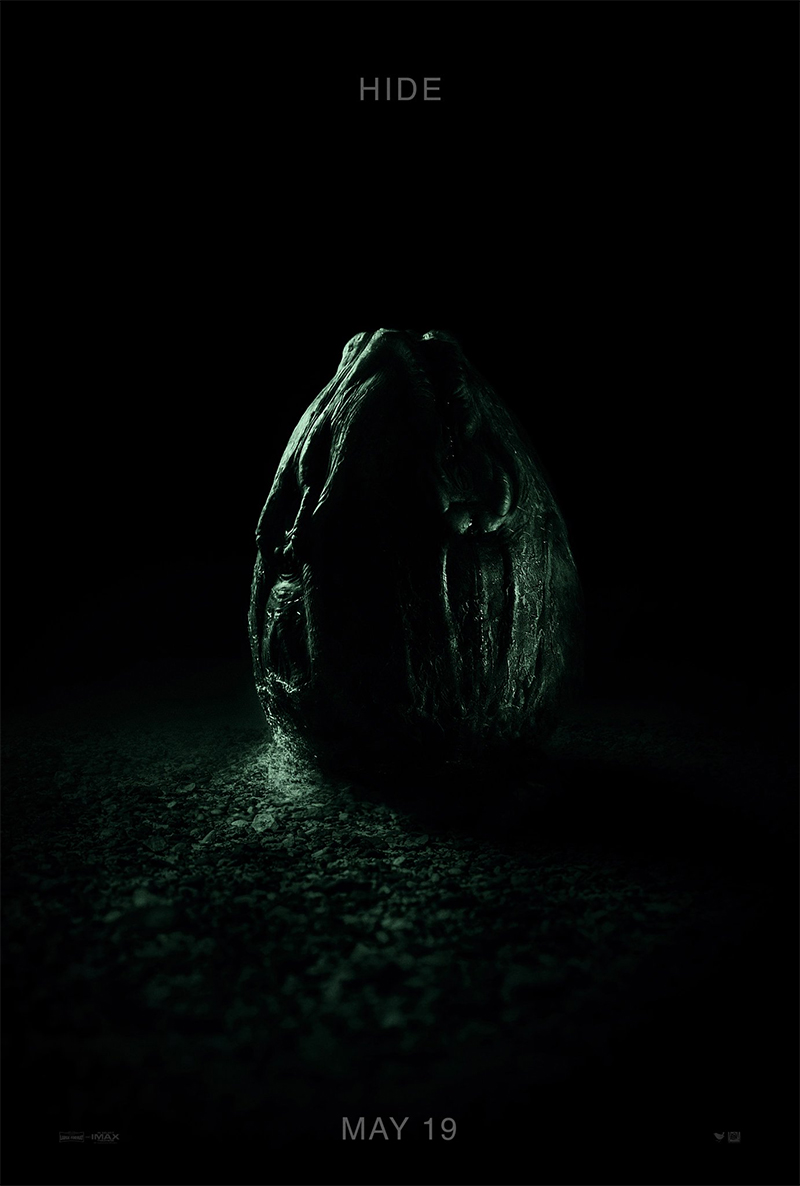 20th Century Fox sent out two new trailers to cinemas yesterday, both 2 minutes and 30 seconds in length, seemingly a green-band and a red-band versions. It’s likely there wont be major differences between the two.

It would also look like residents of the United Kingdom and Spain are going to be seeing Alien: Covenant a week earlier than our fellow American fans.