Earlier this week the brand new Alien podcast – The Alien Minute Podcast – started posting their first episodes. This latest Alien podcast has an interesting premise; each episode’s discussion is based on a minute of footage from the theatrical cut of Alien (inspired by a similar podcast that does the same for Star Wars).

The Alien Minute Podcast is releasing daily (though not at weekends) and episodes run between 10 to 20 minutes. The series is hosted by John Ingle, a cartoonist and screenwriter, and Mitch Brian, a screenwriter, filmmaker and educator who has previously worked on Batman: The Animated Series. 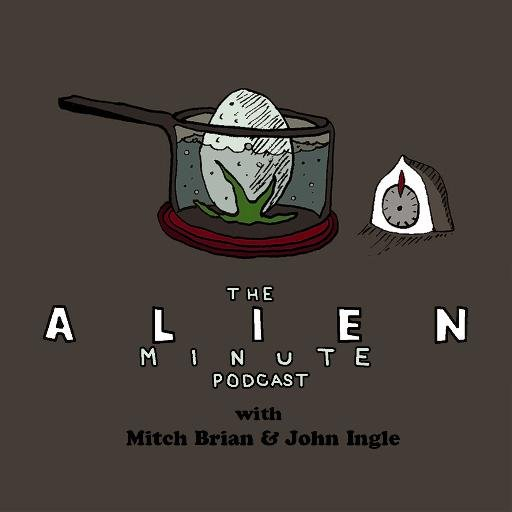 The Alien Minute Podcast – a brand new daily Alien podcast that looks at Alien, one minute at a time.

John and Mitch have released five episodes so far so they’re only 5 minutes into the film but it’s a really intriguing premise and well worth a listen! Head on over to their website and check them out. The episodes are also available on iTunes. You can also follow them on Twitter.