Last year, John Ingle and Mitch Brian launched The Alien Minute Podcast, a podcast where each episode was devoted to talking about a single minute of Alien. They went through the film one minute at a time and amassed a total 115 episodes and approximately 38 hours worth of content breaking down Alien on a more technical level.

Back in June, John and Mitch returned to relaunch the podcast, this time breaking down Aliens one minute at a time. It follows the same format with 5 episodes per week. However, Mitch isn’t as involved with this run of the podcast. Instead, John hosts with 2 new guests each week. 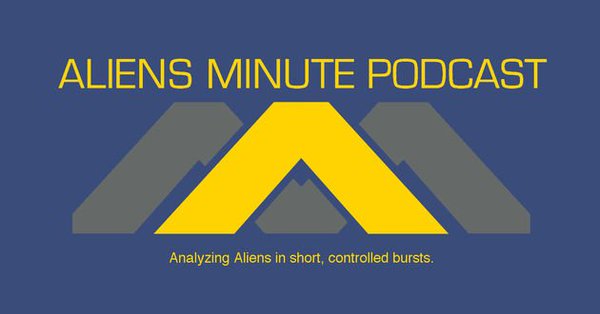 John and his fellow co-hosts are currently 20 minutes into Aliens. Head on over to their website and check them out. The episodes are also available on iTunes. You can also follow them on Twitter and they also have a discussion group on Facebook to talk about the episodes.