Science fiction movie network Scified is claiming that they have insider information relating to the creatures we can expect to see in Ridley Scott’s Prometheus sequel, Alien: Paradise Lost:

“The movie will have 2 Monsters, one is new and both are different yet similar to the Xeno DNA. The NEW Monster is a New Event, so it’s nothing created before the Events of the end of the First movie…. it’s created by an event in the movie… and this New Monster is going to be based off of the Original Concept that Alien drew influence from, and this idea is something they had planned with Spaights’ Ultramorph and so Gigers Necomonicon 4 is the starting point. This Monster will be transparent like a Jelly Fish to a degree…. and it’s hinted that David plays a part in its creation.” 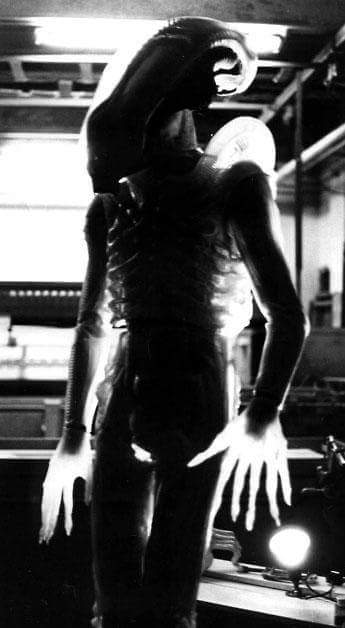 The concept of a transparent Alien was explored in the first Alien film.

The Deacon would ultimately replace the Ultramorph in Prometheus as released. The Ultramorph was an Alien born from the last surviving Engineer in Spaiht’s original version. Whilst it never appeared transparent in those earlier drafts, it was a concept that was explored in Alien and ultimately abandoned.

As always with this kind of report, take it with a grain of salt.