In an interview with Aussie site News.com.au, Ridley Scott has given a few more details on where they will shoot Alien: Paradise Lost. It’s been rumoured for a while that the Prometheus sequel was going to be heading down under and this week, Australian Foreign Minister Julie Bishop confirmed Scott had spoken to her. In a new interview today, Ridley Scott confirms he’s hoping to start production on Alien: Paradise Lost in Sydney’s Fox Studios by January 2016. He also mentions that he’s doing storyboards right now, particularly the “bridge of the next spaceship”.

“I’m trying to get into the big Sydney studio there for Prometheus 2… We’re doing that … well, I’m kicking off now actually. We’re literally starting prep now and we’ve got to land somewhere very shortly because my team have to get themselves over there and get all their team together. The pyramid of personnel on a film like this could be anywhere from 400 to 600 people, so you’ve got to get going — you’ve got to move.” 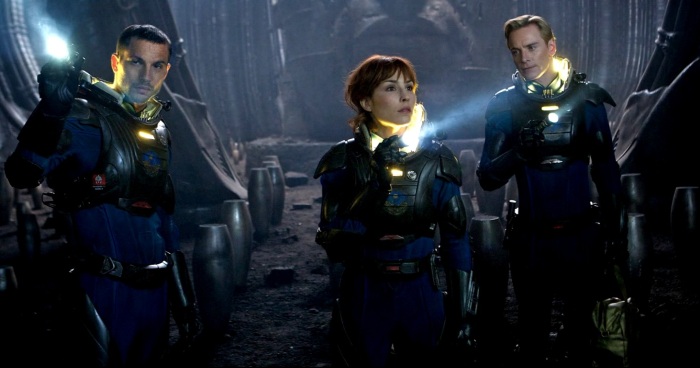 “As we speak I’m literally drawing: I’m doing storyboards for the film in January… I’m one of those people who can multitask — I’m drawing the bridge of the next spaceship… I do the sketches and then I bring in the chaps to make it. It almost becomes industrial design, which these things ought to be because you need that strong sense of reality (on set)… When you do these films that are so big, the manner of designing them is enormous.”

So it seems production will be moving away from Pinewood Studios for Prometheus to Sydney’s Fox Studios. Many high profile movies have been filmed there including the Matrix trilogy, Stars Wars Episodes 2/3 and most recently Mad Max: Fury Road.