Comic Book Resource has recently posted up the solicitations for February 2015 and included in that update is our first look at the cover of Prometheus: Fire and Stone – Omega, the final chapter in the Fire and Stone series:

“Angela and her fellow survivors are stranded on LV-223, but their mission is not over yet. The answer to their quest could be hidden deep underground, but the strangest nightmare of all stands in their way.” 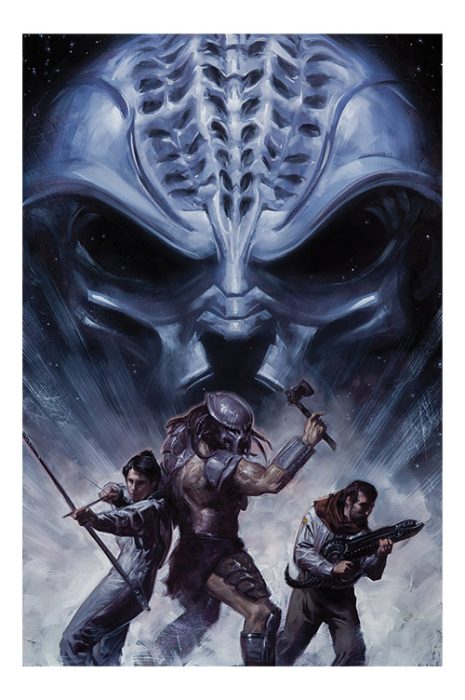 In the same update from Comic Book Resource we can also see that the collected edition of the Prometheus series will be released on the 8th of April. Thanks to Ultramorph for the link.