I have just uploaded the 27th episode of the AvPGalaxy Podcast. This month RidgeTop, Xenomorphine and I are talking about Fire and Stone, the massive crossover comic event from Dark Horse. Fire and Stone marked Dark Horse’s return to Aliens/vs/Predator comics since the last relaunch in 2010  and the first release of a Prometheus related story.

We talk the good, the bad and the ugly. We discuss the influence Prometheus had the first major comic release since the film was released, a return to form for gorgeous Aliens/vs/Predator comics and the downright strangeness that is Elden and the Accelerant and more. 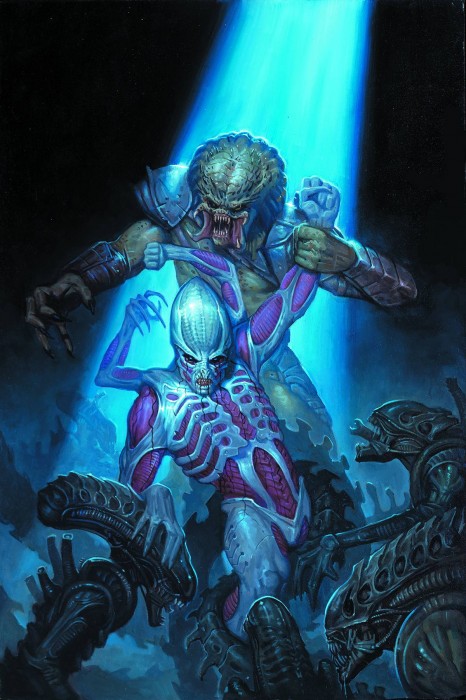 The Fire and Stone series is influenced heavily by Prometheus and plays upon the mutations brought on by the “black goo”.

Unfortunately we experienced a number of difficulties whilst recording this episode (lost audio, I was ill when we re-recorded) and some issues with Skype so this episode has been a bit of a trouble child.

What did you think of Fire and Stone? Did you agree or disagree with anything we discussed or think we missed out anything? Please let us know in the comments below. If you haven’t listened to any of our podcast before we sure to head on over to the podcast page and check out any of our previous 27 episode.