“Angela and her fellow survivors are stranded on LV-223, but their mission is not over yet. The answer to their quest could be hidden deep underground, but the strangest nightmare of all stands in their way. 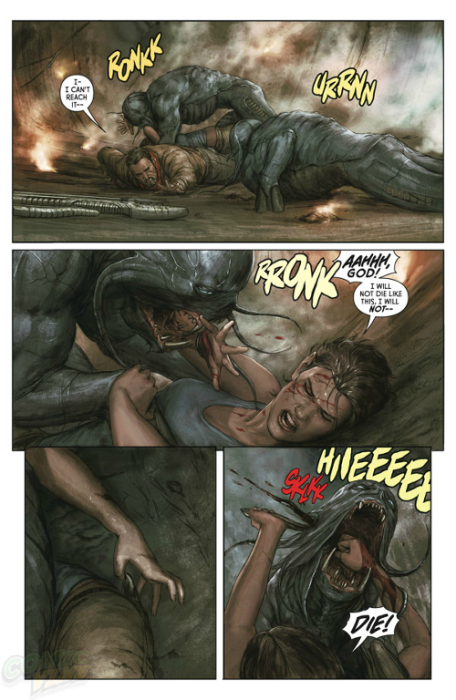 IGN have also released a brief trailer for the upcoming series. Prometheus: Fire and Stone – Omega is due out the 11th of February. Thanks to Ultramorph.