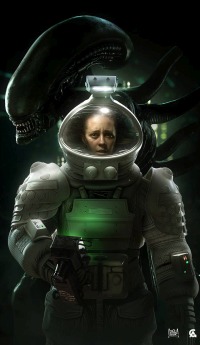 Alien Isolation debuted at number two in the UK game charts last week losing out to Fifa 15 which has been number one for the last three weeks. New entries include Driveclub at 5, Skylanders at 7 and NBA 2K15 at 8. In comparison, both 2010’s Aliens vs Predator and 2013’s Aliens Colonial Marines debuted at first place when they were released in the UK. Despite that, it’s still impressive. Fifa is a force of nature in this country and usually remains in the top 10 for months and months.

There’s no word on specific numbers yet or how it’s done overseas.