I have just been speaking to one of the fantastic guys over at Prodos Games who has kindly provided us with some extra information regarding the upcoming Aliens vs Predator – The Miniature Game: 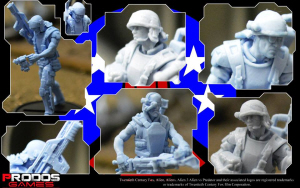 Prodos will also be releasing more information (including the price) via their Facebook page over the next 5 or 6 days so keep an eye out. Be sure to Like them and post any questions you have up there. Alternatively please post any questions or comment on our message boards and I’ll be sure to relay them onto Prodos.

Prodos will also be hosting a special event to launch Warzone Resurrection. Those interested in the upcoming AvP game may find this interesting to get a chance to meet the guys over at Prodos, get a feel for their products and the gameplay system AvP will be using.