The guys at Prodos Games have given us another update on how the AvP: The Hunt Begins Miniature Game is coming along. They’ve posted some lovely pictures of the matte-finish box, booklets and cards of the Deluxe Kickstarter Edition of the board game. I must admit it does contain some very premium quality artwork to say this started out as a crowd-funding project. Now, the AvP miniatures game has been delayed a few times this year and it’s still going through the lengthy approval process at 20th Century Fox. The current aim is to get the Deluxe Edition shipped to backers by September and there’ll be a mass-produced version of the board game for retail at some point. 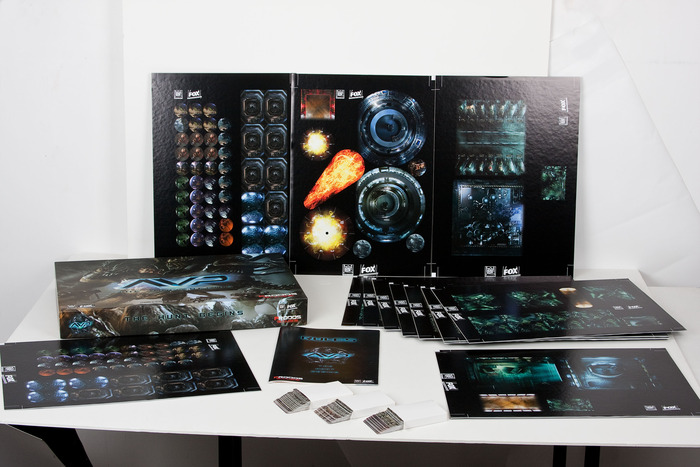 AvP: The War Begins was first announced by Prodos Games in October 2013 and they managed to raise just over £379,000 on Kickstarter. We’ll keep you informed of any developments with this project.

Marvel’s Alien #1 Solicitations Are In!
By Hicks (23-Dec-20)
Latest FeaturesInterviews