A new image showing what could be the first look at Creative Assembly’s upcoming Alien game has been spotted online recently at the developer’s official website here. The alleged screenshot, which is edited out of the same office photo on Creative Assembly’s Twitter background, appears to show a female test dummy wearing a T-shirt with a Nostromo logo on it. You can check it below or see it at the source. 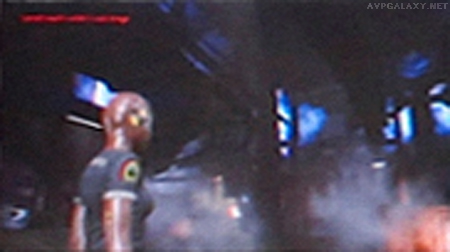 Back in 2011 it was stated that Creative Assembly came to Sega with the pitch and created a demo in 6 weeks which was labelled as “fantastic” and “out of this world“.

Sources close to the studio have revealed to us that a demo of an early prototype was based around recreating the feel of the medical bay aboard the Nostromo and lasted for about a minute.