IGN have just released the Predator Hunt trailer. This one shows off the much talked about multiplayer mode known as Predator Hunt and also gives us a glimpse at the marine sniper rifle: 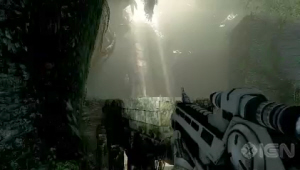 The video available to non-IGN subscribers is only a small 320×180 Quicktime file but I’m sure Sega will be releasing a better quality version to the press soon so keep your eyes on our forum.

Update: Sega has released an un-watermarked and better quality video on YouTube.