Update: Sega have now removed the videos.
Turns out there’s even more footage. Over on MSX-Box-World, they’ve posted other videos too, most importantly the first ten minutes of the Predator campaign. 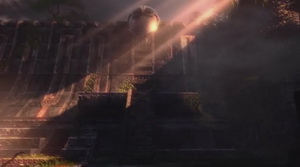 This is the same level that was at E3 but looks a lot better. Like the Marine video, it looks absolutely stunning. There’s another Predator and Marine video on that page too.