Yes, that’s right. Thanks to a thread in the forum, I’ve finally discovered some new conceptual artwork for Alien vs Predator including the PredAlien (or the PredAlien Chestburster). For further information, you can check out Tatopoulos Studios and look through the flash until you get to the Alien vs Predator section. But for now, you can check out the seven conceptual artworks on the next page. 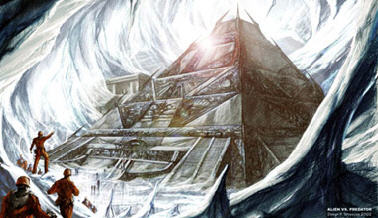 Update: I found this paragraph on the original site:
“Patrick had originally been asked for production design this film, but eventually had to pass on it because of his commitment to I, Robot. Patrick worked early with Director Paul Anderson to present concept designs for the film’s environments to 20th Century Fox, which helped green-light the project.” 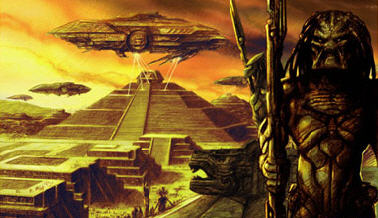 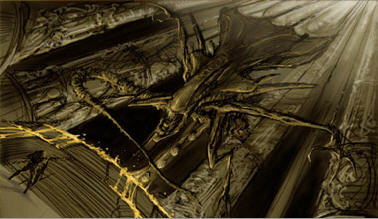 First sketch of the Alien Queen chained in the pyramid 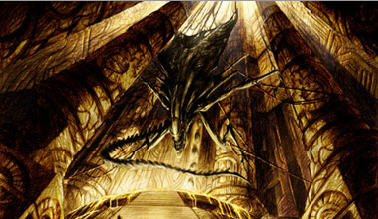 Final rendering of the Alien Queen chained in the pyramid 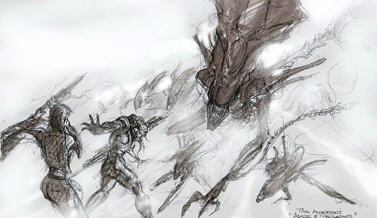 First sketch of the Alien Queen chasing out heroes 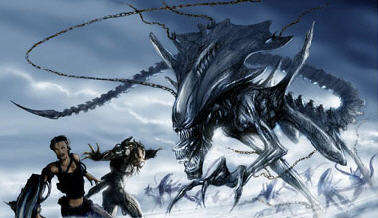 Final rendering of the Alien Queen chasing our heroes 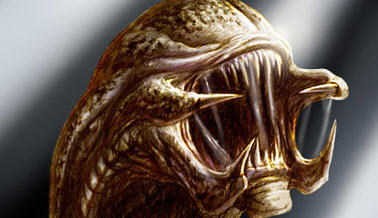 The Ultimate Threat – Alien and Predator mixed into one