IGN Filmforce have just published a three-page interview with Alien vs Predator director, Paul Anderson and have also published three exclusive high-resolution production stills. The one below features the most clearest shot of a predator from AvP to date: 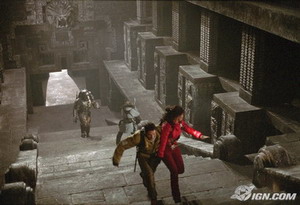 Paul Anderson talks about how post-production is going and some of the difficult scenes involved as well as how the predator vision will look:

“Predator hunts mainly in thermal mode when he’s hunting for humans, obviously he has to shift modes as he did. In Predator 2 you could see that he would shift modes when he was looking for different things, so when he’s in that meat locker and he’s looking for the lights he shifts to infrared. It’s already been established that the Predator can shift to different vision modes and obviously he needs a different vision mode when he’s hunting Aliens than when he’s hunting humans. Aliens are cold-blooded, so they don’t give off the same kind of heat signature that a human does. So we’ve got lots of different levels of Predator-vision.”

Click Read More to see the other two production stills and to hear more about a fire that swept through the set. >>> 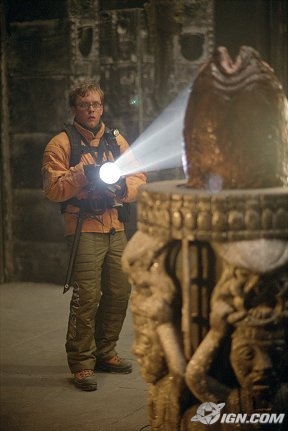 IGNFF: You guys had a sizeable fire on the set too, didn’t you? ANDERSON: Um, yeah it was a controlled fire, it got a bit big, a bit bigger than it was supposed to be. I have a very good special effects crew, this German crew who also did Resident Evil for me. They kept saying, ‘Well how big do you want the explosion?’ I’d say ‘Really big.’ They’d come back and go, ‘You mean really, really big?’ [and] I said, ‘Really, really, really big.’ Then we did the explosion and it was f***ing humongous. I mean you could see it all the way across Prague… 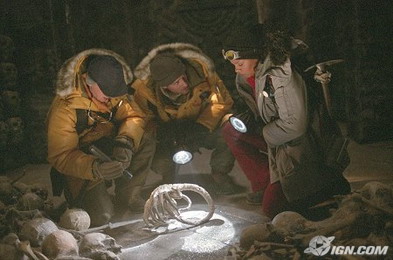