Well, RyanPoli has scanned in ten unbelievable pictures from Fangoria Magazine and has also written a long report about the article featured there. Click Read More to see all the new pictures for Alien vs Predator and here’s one of the new pics: 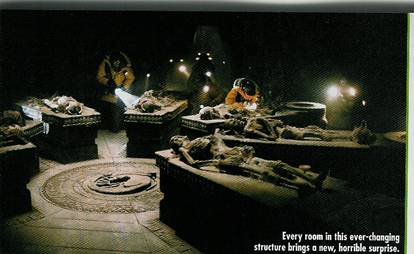 Full pictures on the next page.

“Well guys I saw the mag, its at my local Barnes and Noble bookstore, and it had a nice beefy article with 3 or 4 new pics. I was disapointed though, they talked about the rating and how graphic the movie is, I didnt buy the mag cause I thought by now someone would have already posted the pics and stuff (i was wrong i see) and its a freaking 9.99 magazine.

Well heres the scoop on the rating. If youre too lazy to read all this, ill sum it up…they didnt say anything conclusive. So, if reading on, this is all just stuff, some old some new that people are saying about the movie and its rating.

So many times they said “Oh this movie isnt going to be PG, no way its going to be a PG movie with all this action.” Did anyone ever dream it was going to be PG?!?!?!? Sheesh, and we thought PG13 was a drag, apparently someone was talking about PG at one point. Well they say a few times how theres no way it will be PG, but they also say that Anderson wanted it to be R. How hes sure it will be R. They conclude the article by talking about the level of gore. This disapointed me, but the more I think about it the more it seems alright. They are making this an action movie. They say about 20 times how the level of action is going to be so high. They also talk about “beheadings, chest burstings, alien eggs, etc.” 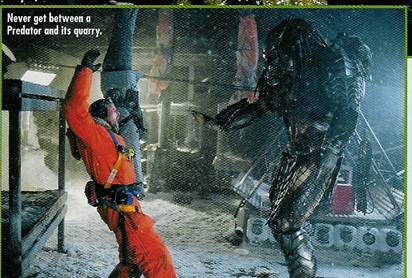 But they say that the gore and trauma to humans is…oh i forget the word…they used some word that I thought summed it up very well, but in other words, the gore in humans isnt going to be very extensive. Aliens/Preds on the other hand are probably going to get torn to pieces, but the way they were talking about it in this article it sounds like they are going to do alot of the camera panning away type stuff. Where you know the guys dead and you hear the noises but you dont see it. I wanna see it dang it, just like seeing bishop get split in two, that was just awesome. I guess we shouldnt expect any of that here. If you want to know more about the rating situation read the article, im just doing this from memory. 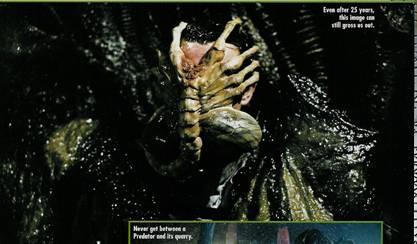 The new pics were just downright awesome. The cover pic *look above* is really sweet showing a pred and an alien. The alien just looks sweet in that shot, I love the way its head/mouth looks. Inside theres a headshot of a guy with a facehugger firmly gripping his skull. Its a member of the crew no doubt, as you can tell by his jacket. There is also a pic of lex holding a spear of sorts and an alien head as a shield. I dont remember if this was ever argued or disputed, but it is an alien head shes using, it says it in the article. 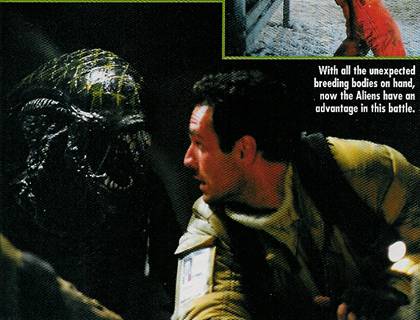 And the spear? Its a spear fashioned from an alien tail (remember the concept art with her facing off with a queen holding what looked like an alien tail?) It was a great picture. Another pic is an effects guy standing with a huge model of the queen. It looked awesome. The last pic was a long distance shot of a foggy scene where you could only see the sillouhette (hard word to spell) of the queen. Her head just looked great, you could see the jagged ridges going up the top of the crest.

Well I hope this helped, its a good article, check it out. 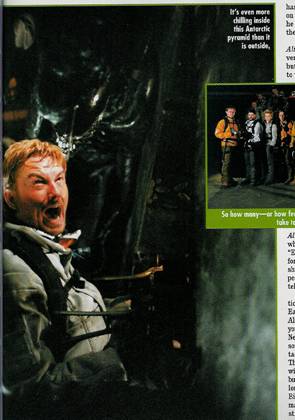 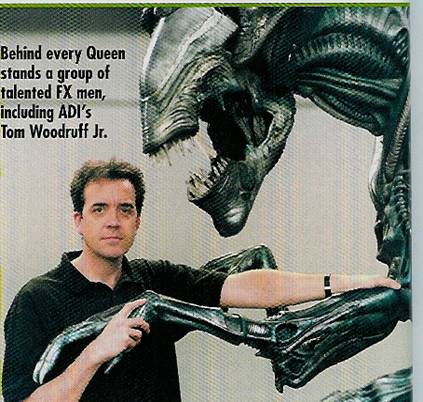 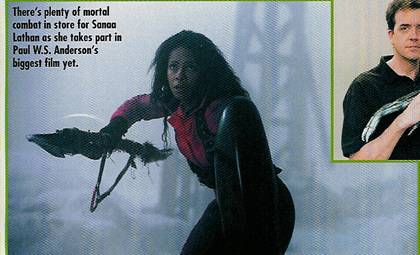 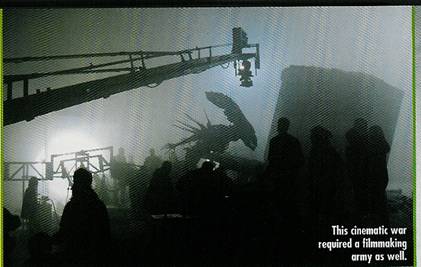 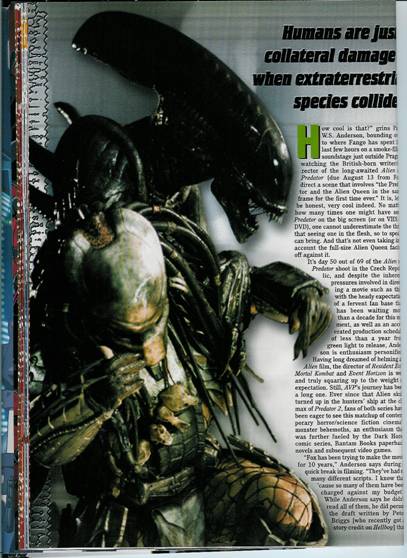 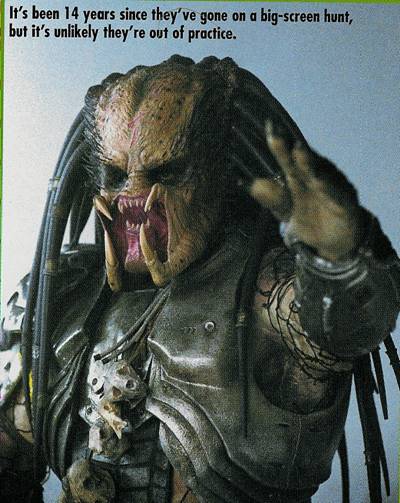