We finally have a bit of news to report on the new Fede Alvarez directed Alien film underway for Hulu! Deadline is exclusively reporting the first details on one of the casting choices.

According to Deadline, actor Cailee Spaeny is in talks to play the lead role, having had multiple meetings with the Director and Producers.

“Momentum is revving up on 20th Century Studios new Alien movie as sources tell Deadline Cailee Spaeny is in talks to star. Fede Alvarez is directing with Scott Free producing.

Not much is known about the pic other than the iconic ferocious race of alien beings called Xenomorphs will be front and center again reigning terror against the humans that cross their paths. 20th Century and Scott Free made this a top priority after hearing Alvarez’s pitch and after a recent script was delivered, things only gained speed in getting this film in front of cameras by early 2023.

While execs are going through their process on other cast members, Spaeny has been the top choice for the lead role for some time following several meetings with producers and Alvarez.” 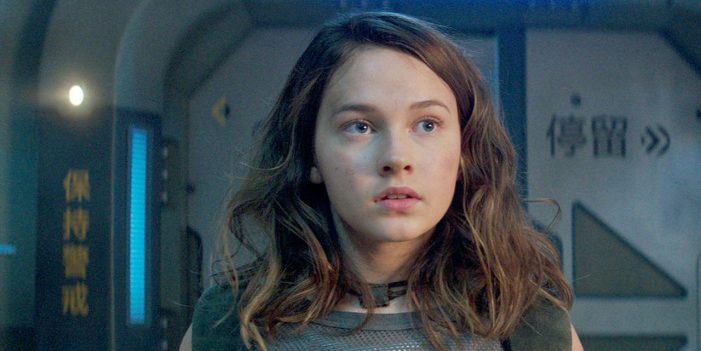 Though there was some chatter in the fan community that this Alien film was already in production, if this report by Deadline is accurate, then cameras likely haven’t quite started rolling yet. But it would seem pre-production is in full swing with Deadline mentioning that a script has been delivered, and that the film is a top priority for Ridley Scott’s studio Scott Free to begin filming early next year.

This wouldn’t be Spaeny’s first foray into science-fiction, having previously starred in the 2018 sequel Pacific Rim: Uprising. She also appeared in Bad Times at the El Royale, Vice and mostly recently in The First Lady.

Thanks to Whos_Nick and Nightmare Asylum for the news! Keep your browsers locked on Alien vs. Predator Galaxy for the latest Alien news! You can follow us on Facebook, Twitter, Instagram and YouTube to get the latest on your social media walls. You can also join in with fellow Alien and Predator fans on our forums!