Collected in one volume for the first time is the complete Machiko Noguchi/Aliens Versus Predator trilogy–over 400 pages of extraterrestrial action!

Two of cinema’s greatest monsters clash in a battle that spans the galaxy and extends across one woman’s lifetime! Machiko Noguchi’s life was altered when she was caught in the middle of a collision between a ravenous Alien horde and a hunting party of Predators. That initial conflict ended her living and hunting with the Predators for a time–until the hunters zeroed in on human prey, forcing Machiko to decide where her loyalties truly lie

It sounds like this volume will be collecting the original series, War and Three World War. If I’m not mistaken, this is actually Three World War’s first republication since it was initially collected for tradeback publication in 2011. 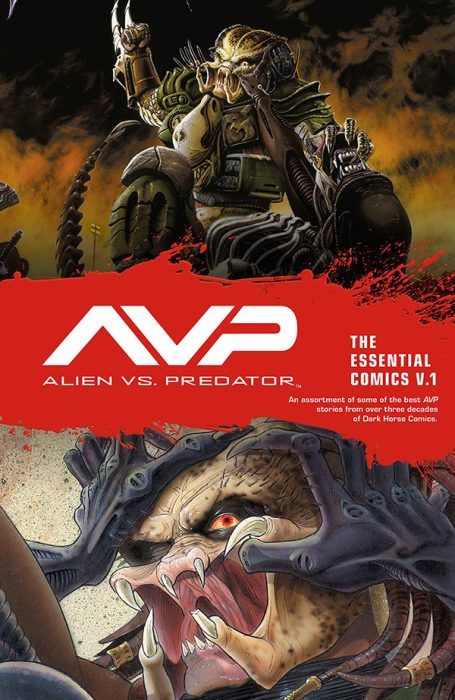 Aliens vs. Predator: The Essential Comics Volume 1 is currently slated for release on the 29th of October and is now available for pre-order on Amazon (US only at the minute, unfortunately).

Though not yet confirmed, Dark Horse has previously confirmed on Twitter that more Essential Volumes for Alien and Predator would be on the way too. Thanks to Bradley John Suedbeck via Aliens Gateway Station for the news.