We first heard the title Dust to Dust back in November but now Dark Horse Comics has officially announced the new Aliens series, Aliens: Dust to Dust! Like with the recently wrapped Aliens: Dead Orbit, the writing and art duties of Dust to Dust will be handled by a single person. In this case, the talent behind the new series is Gabriel Hardman.

“In deep space, the Trono colony on the planet LV-871 finds itself under attack by mysterious and deadly creatures of unknown origin. Emergency evacuations are ordered and shuttles are taking off as the massacre sweeps the colony. All that stands between 12-year-old Maxon and his mom making it to the safety of the spaceport is a horde of Aliens!” 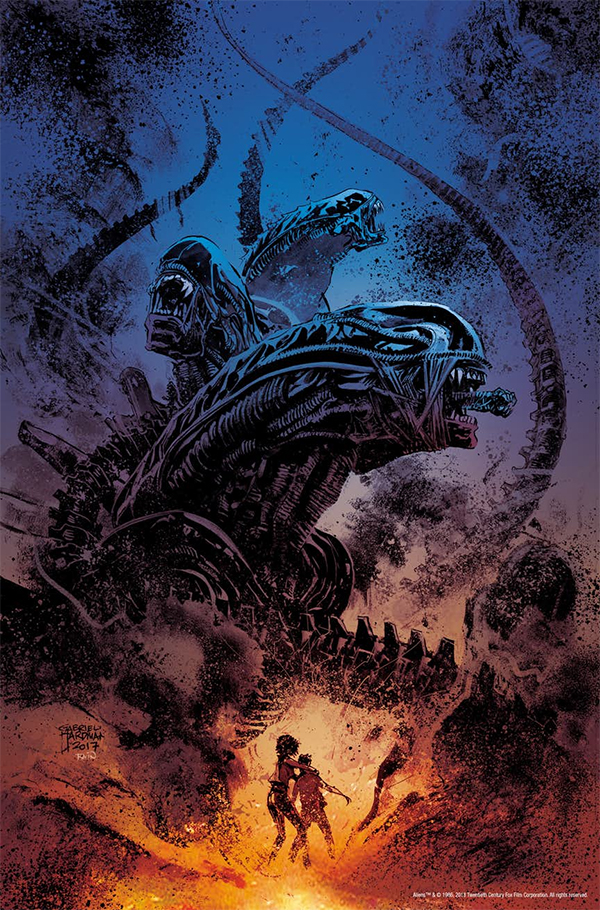 Cover art for the first issue by Gabriel Hardman.

Hardman has previously worked on Alien comics, providing cover artwork for the Aliens/Vampirella crossover series from 2015/2016. Hardman has worked on several different franchises including Planet of the Apes, Green Lantern and previously with Dark Horse on Star Wars: Legacy Volume 2. He also has credits in the film industry as a storyboard artist on films such as Inception, Interstellar and Tropic Thunder.

Be sure to head on over to Comic Book Resources to check out the full announcement with includes an interview with Hardman about Dust to Dust!

“How did you arrive at the story you’re telling in Aliens: Dust to Dust? It appears to be a mother-son story at its emotional core.

I was actually inspired to tell the story from the point of view of a 12-year-old boy in large part because that’s the age I was when first exposed to Aliens. But also because I didn’t want to write about Marines or anyone who seems like they could stand up to the Xenomorphs. Kids lack power — they lack agency. I wanted to throw this boy into extraordinarily scary and difficult circumstances and force him to navigate it. And not tell it from the parent’s perspective, but the kid’s.” 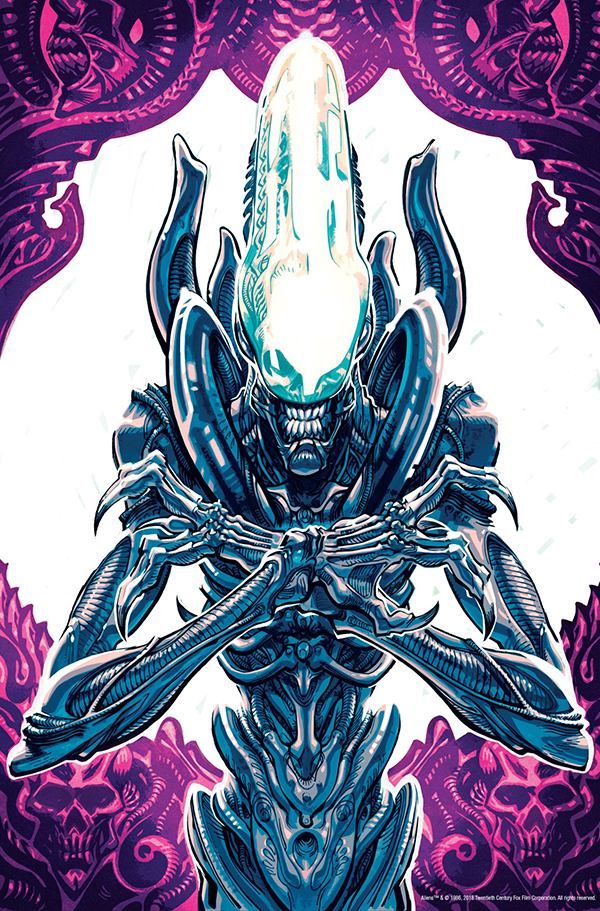 Aliens: Dust to Dust will be a limited 4 issue run mini-series that launches just before Aliens Day on April 24th!

Thanks to Ultramorph for the heads-up! Keep a close eye on Alien vs. Predator Galaxy for the latest Alien and Predator literature news! You can follow us on Facebook, Twitter and Instagram to get the latest on your social media walls. You can also join in with fellow Alien and Predator fans on our forums!