The list of potential adversaries for the Predator is not small! He’s faced some serious contenders including Batman, Superman, and Alien (of course). Back in 2015 He also had a run in with in with Riverdale’s Archie. And now he’s back for more!

The second Archie vs. Predator mini will follow on directly from the first — and those who’ve read the original know just how unlikely that might be. “All I’m going to say is that it’s a meta-commentary on corporate franchise reboots, given that Archie was rebooted right after [the first Archie vs. Predator] was released, and the Predator franchise got its reboot with last year’s The Predator film,” de Campi said.

“As usual with my work, you’ll be able to read it as that if you want to, but it’s mostly going to be a lot of teenagers dying in increasingly creative and sudden ways, and also jokes. Entertaining the reader comes first. The other stuff, the formalist obstacle course I set myself, I do because it entertains me.”

She went on, “I think as anyone who read the first AvP knows, I’m a huge fan of both franchises, and it’s massively important to me that both Archie and Predator fans feel like I’m handling their babies with love and respect and knowledge. My goal is always to deliver a great Archie comic — with the humor, teen drama and romance we love from Riverdale’s finest — as well as a great Predator comic, with the scares and violence you want from the galaxy’s most dangerous hunters.” 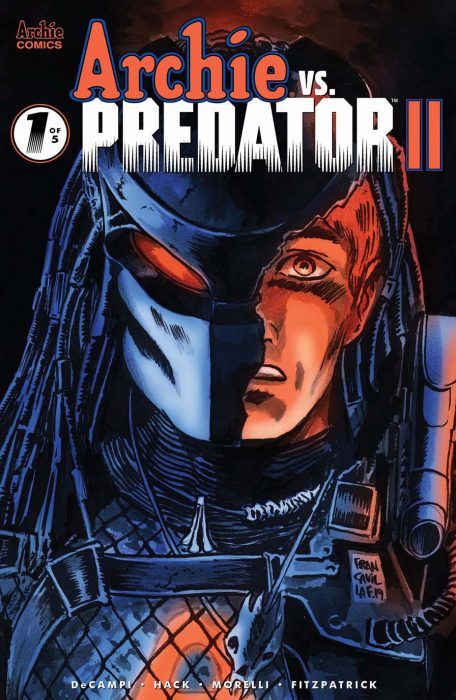 Alex de Campi is returning to pen the sequel to her original series, with Robert Hack of Chilling Adventures of Sabrina fame stepping in to provide art. The first issue is due to drop on the 24th of July. Thanks to Nick Whitcomb for the link.