When Jake Busey was announced as part of the cast of The Predator, fans started speculating that he may be playing a relation of Peter Keyes from Predator 2, a character portrayed by Jake’s father, Gary Busey.

In a recent interview with The Red Booth, Jake confirmed that the character he was playing was indeed the son of Peter Keyes!

“He [Shane Black] called me and he said “hey, you wanna do this movie? We don’t have money for you but it’ll be a fun thing to come play and be your father’s son. And so as much as I have followed in my Dad’s footsteps career-wise, this is like really following in his footsteps by playing a character who is the son of the character he played. And I don’t think there would be any other forum where I would do that. I think this is the one thing.”

They start talking The Predator at 06:50 until 11:30 and while Jake doesn’t go on to talk about The Predator in too much detail he confirms he was on-set shooting for 3 weeks and that his character was a scientist.

Jake also goes on to add that “if you liked the very first movie a lot, you’ll really like this one. This one has a lot of essence of the first movie.” 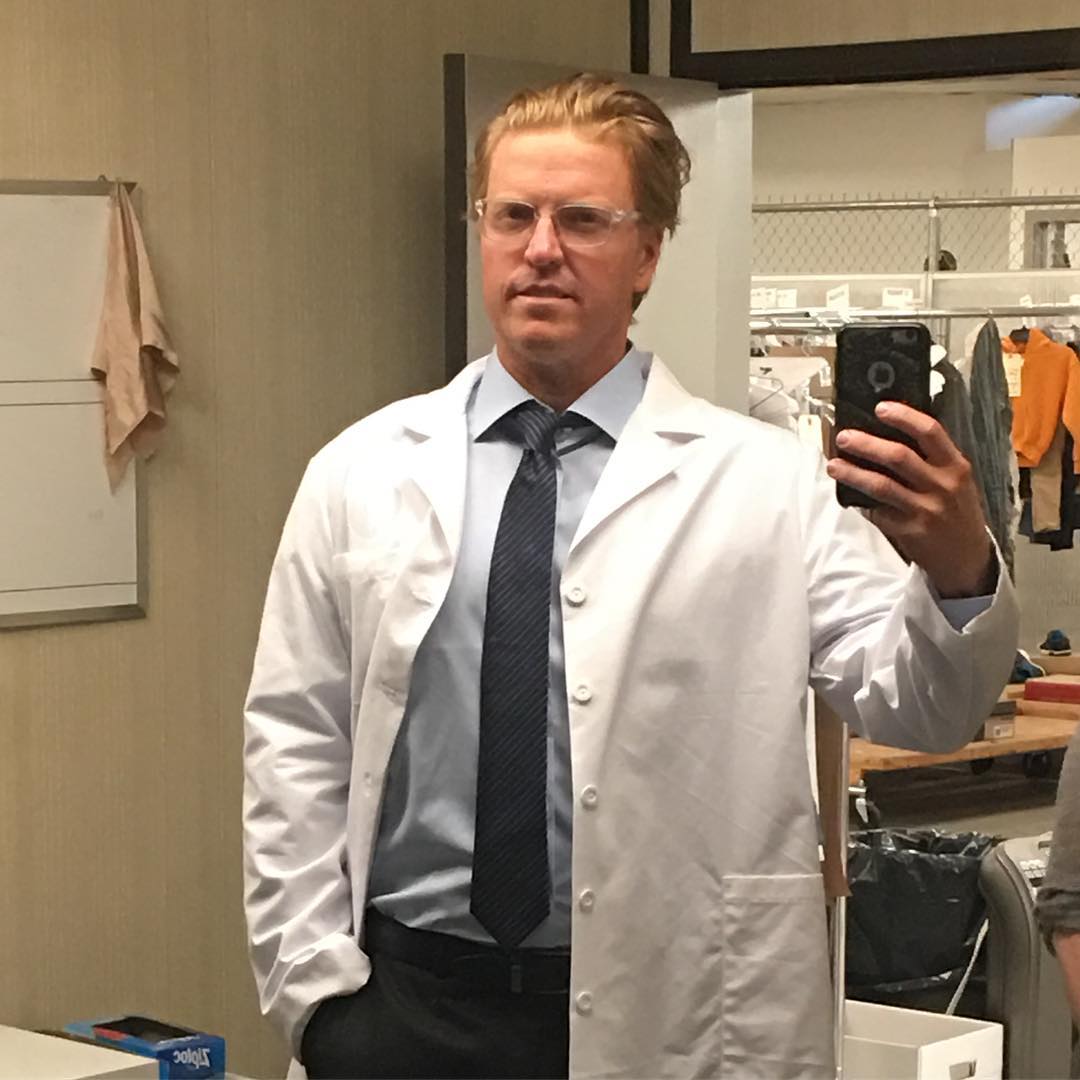 Jake Busey shared a picture of himself in costume from the set of The Predator.