Earlier this year Jake Busey revealed that he would be playing the role of of Peter Keye’s son in The Predator. In a new interview with Pop Culture Media, he has spoken a little more about why Shane Black opted to tie in to Predator 2 that way.

“When asked why Black cast him in the film, Busey said he thought the Nice Guys director “felt that it would be a nice tie-in, and something to add some depth and connectivity between the two films, sort of tying the franchise together in a tighter knot having the characters more closely bound.””

Aside from a small mention of Arnold Schwarzenegger’s Dutch in both Predator 2 and Predators, the Predator films have never really followed on from each other narratively. 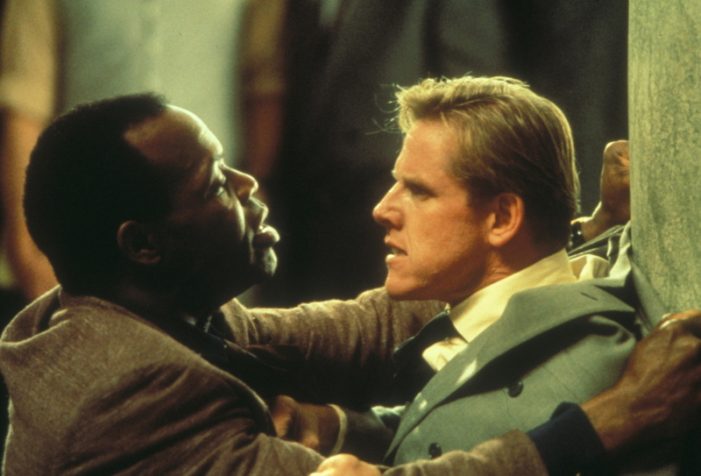 Jake Busey talks about why Shane Black connected back to Predator 2.

This is something that co-writer Fred Dekker has alluded to in the past, saying that his mentality when going into writing The Predator was that to know “what’s behind the curtain? Why are they here? What are they doing? What’s the bigger picture of this?”

Thanks to Darkoo for the news. Keep checking in with Alien vs. Predator Galaxy for the latest on The Predator! You can follow us on Facebook, Twitter and Instagram to get the latest on your social media walls. You can also join in with fellow Predator fans on our forums!