In the lead-up to The Predator’s release, one of the aspects I was really looking forward to seeing how it panned out was the inclusion of Jake Busey as Sean Keyes, the son of Predator 2’s Peter Keyes. Aside from the Predator and the occasional mention of Dutch, the Predator films have never really contained through-lines so it was something I was eager to see!

Unfortunately his screentime was minimal. In a new interview with Media, Entertainment, Arts WorldWide, Jake Busey revealed that there were additional scenes of Sean that were cut during the edit, including a scene that referenced Peter Keyes himself.

On describing the tribute scene, which we did not see on the film, Jake explains that it was that moment when Olivia Munn, who plays Casey Bracket, is scrolling through the tablet. Right after Sterling K. Brown, who plays Traeger, talks about the operative who saw the aliens, Gary’s picture would pop on the tablet and Sterling would cite him as “one of the founders of the Stargate.”

“It was the moment in the lab when she looks at the picture of my dad, as Peter Keyes, and then looks up at me, and gets this look of recognition on her face,” describes Jake. “The audience would have gotten to see my dad and me in the same frame and the tongue in cheek aspect of it, that both of us were of the same age when we filmed the Predator movies,” he adds.

Gary was 46-years-old when ‘Predator 2’ was filmed and Jake was 46 last year. “A timeline would be established for the fans who would’ve been glad that my dad’s character was back. I was really excited,” he shares. “The reason why they cut it all out is because they did not understand how cool it was,” says Jake. The “they” referred to here is the studio, which was Fox. 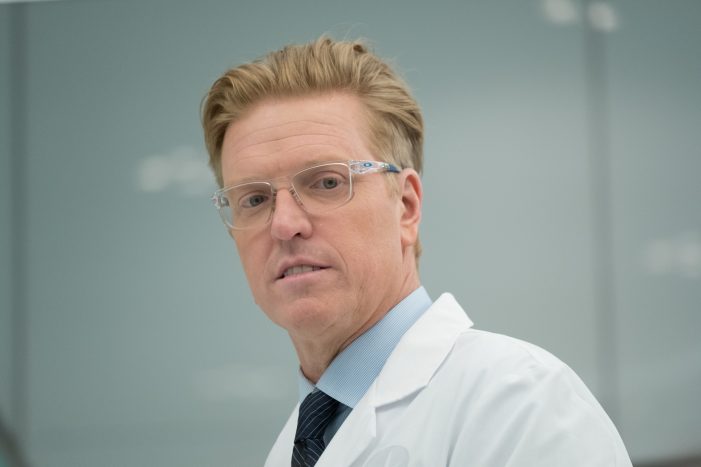 Busey also told MEAWW about another scene featuring Sean Keyes during the decontamination sequence that was also cut from the film.

“You know in the decontamination chamber, where Olivia and I go right after her character is introduced, I just had a fun moment where I pretended I was getting electrocuted, like I just go into convulsions and waved my arms around; it was a funny moment where the crew members laughed and scared the crap out of Olivia,” says Jake. “It was really a funny moment and the audience applauded, but the scene was cut,” he adds.

Like the majority of the scenes cut from The Predator, neither of these scenes have been included with the home releases of The Predator. Fans have started a petition to try and see the Emisary Predator’s return in a new cut of the film. If that’s something that interests you, be sure to check that out!

Thanks to Voodoo Magic for the news! Keep checking in with Alien vs. Predator Galaxy for the latest on The Predator! You can follow us on Facebook, Twitter, Instagram and YouTube to get the latest on your social media walls. You can also join in with fellow Alien and Predator fans on our forums!

Related News Posts
Jake Busey Joins The Predator Cast
Jake Busey Plays Peter Keyes’ Son in...
“It Focuses On What the Goal of the...
Olivia Munn Talks Using Weapons In The...
The Predator Actors Share New Stills and...