The Predator is still over a year away so we’re only going to be getting news and details in dribs and drabs for the time being. Earlier today we found out Jake Busey is portraying Peter Keyes’ son and now we have some comments from Olivia Munn (via Men’s Fitness) about her character, Casey, and getting to use some weapons.

“But just because her character does work in a lab, it doesn’t mean Munn won’t get in on the action, too. Munn wouldn’t get into spoiler territory, but revealed that she’ll get to battle with the Predator.

“Between us—wink-wink—it was awesome. I’ll say this, my character knows how to use a weapon. You always see in movies that the guys just automatically know how to use it and the girls, they have to kind of fumble through it. I didn’t want her to be a soldier, but there’s no reason why she wouldn’t know how. Shane and I were on the same page about that immediately.” 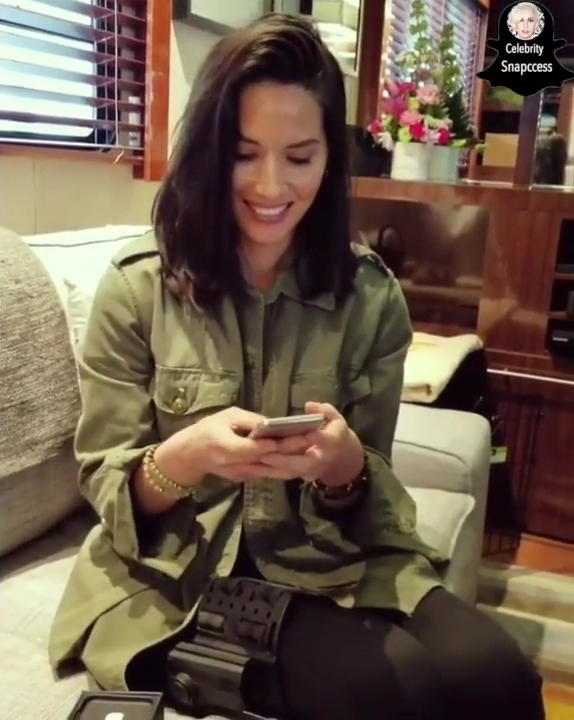 Olivia Munn, in costume, unboxes the Samsung Galaxy S8 in her trailer on the set of The Predator.

Munn also talked a little more about the film and how it’s not a direct continuation of any of the other Predator films (despite the small Predator 2 connection we learned of earlier today). She added that “it has its own ensemble with some amazing actors.”