NECA has announced today that a series of special Aliens 2-Packs will be arriving to stores in the coming months. Three different ALIEN 2 packs will be released this year, the newest one being the “Genocide” Aliens 2-Pack which was inspired by the ’90s Dark Horse comic book series. The other Aliens 2-Pack include Hicks vs Warrior and Hudson vs Warrior. Further information about NECA’s upcoming Alien releases for this year can be found after the cut. 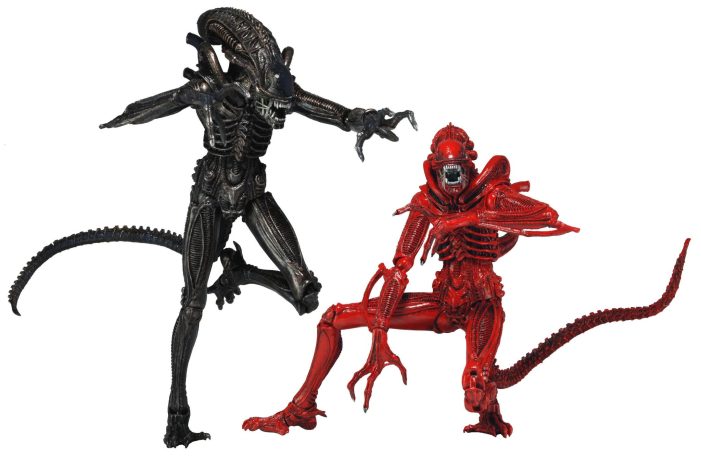