As expected, NECA have fully revealed their first Predator figure from Shane Black’s upcoming Predator film. Titled “Fugitive Predator”, this is the same Predator we see throughout the new The Predator trailer. He has yellow skin with red patches around his body while is armour is grey with golden parts.

The figure stands at over 8″ tall and features 30 points of articulation. There are two interchangeable heads with masked and unmasked versions, interchangeable forearms and hands, various wristblades and a shoulder cannon. 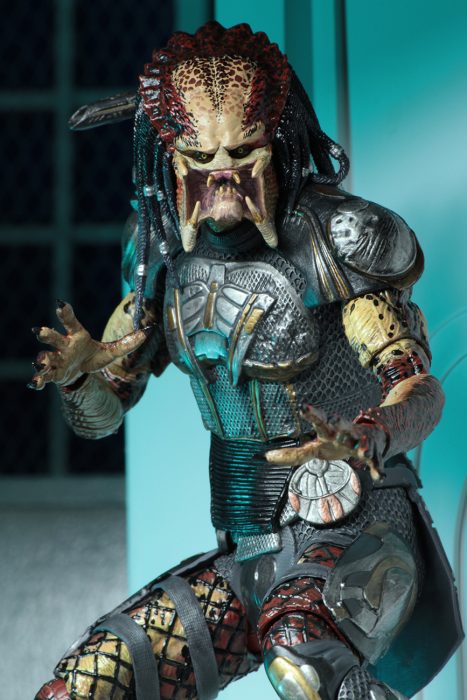 The figure will be shipping August 2018, just before the film’s release. NECA still have at least one more Predator figure to reveal in the future – the new Upgrade Predator.

Thanks to Master for the news.