Mezco Toyz has begun taking pre-orders for their new One:12 Collective series Predator figure. We last saw this figure displayed at Mezco’s booth during Toy Fair earlier this year.

The deluxe figure has quite an impressive array of features and accessories including interchangeable open and closed mouths and a light-up bio-helmet which attach via magnets. 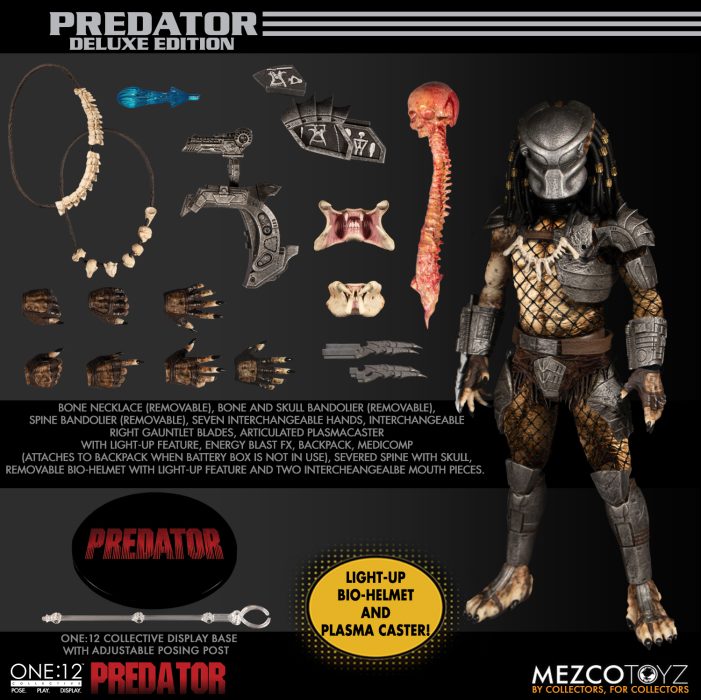 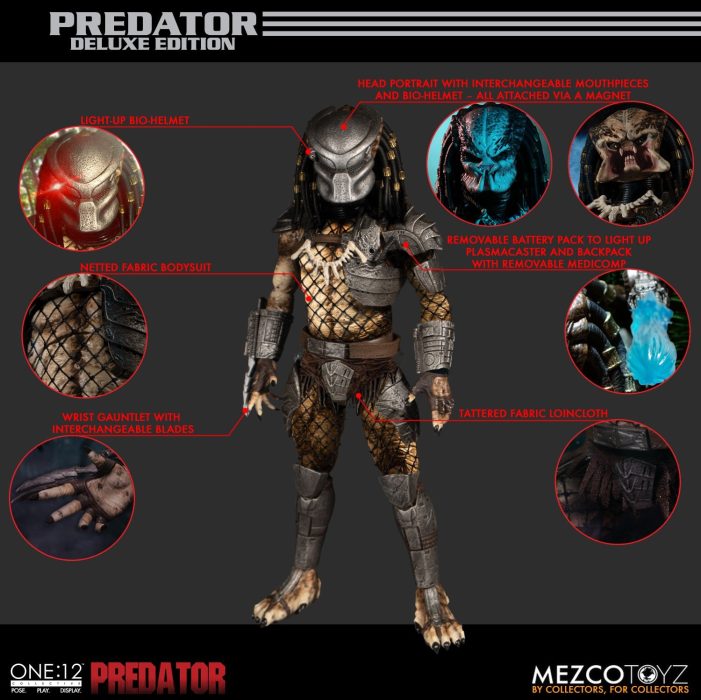 Check below for the full press release and image gallery:

Predator has arrived to hunt the One:12 Collective!

The One:12 Collective Predator is outfitted in battle armor with thermal netting and a fortified chest plate, allowing for greater mobility while hunting. The ruthless hunter comes with 2 removable bandoliers made from the bones of his prey and features a head portrait with an interchangeable mouthpiece and light-up bio-helmet – all attached via a magnet.

Predator always has the upper hand and comes complete with advanced weaponry such as a shoulder-mounted Plasmacaster with light-up function – capable of firing armor-penetrating plasma blasts at distant targets, wrist gauntlet with interchangeable blades, backpack with removable Medicomp, removable trophy accessories, and a severed spine and skull that can be held.

Characterized by their hunting of other dangerous species for sport and honor, Predators are a superhuman species that use a combination of highly advanced technology such as energy weapons and active camouflage.

THE ONE:12 COLLECTIVE PREDATOR FIGURE FEATURES: 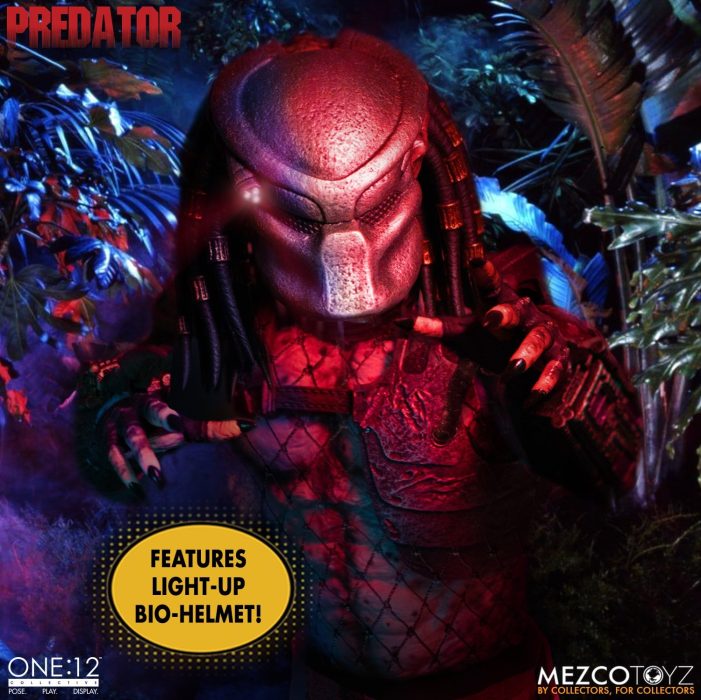 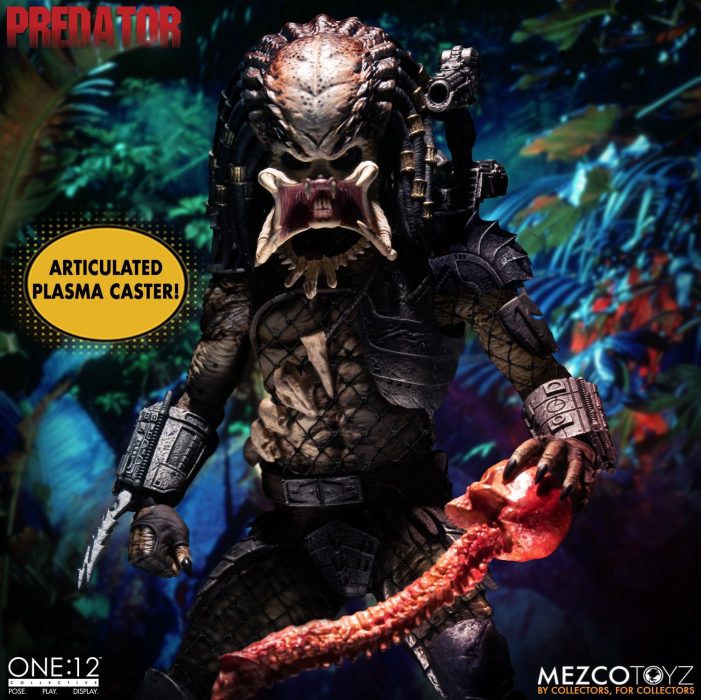 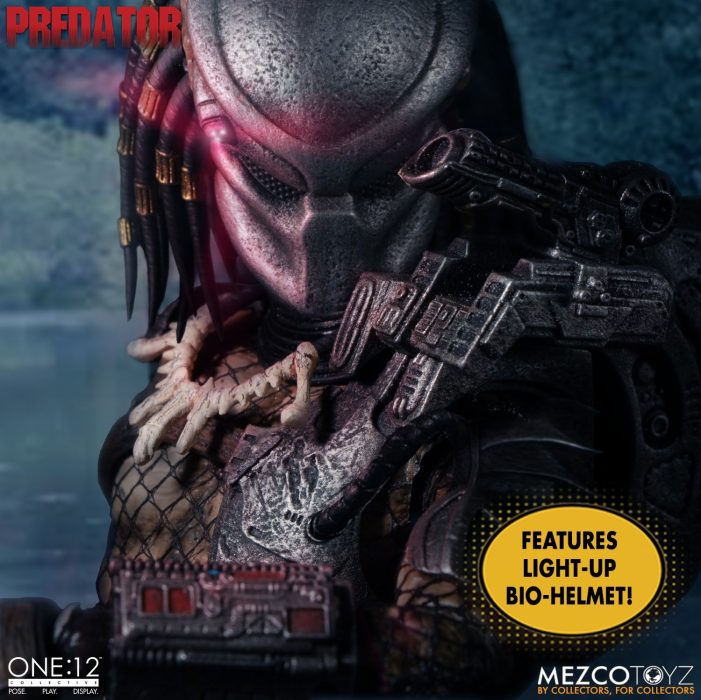 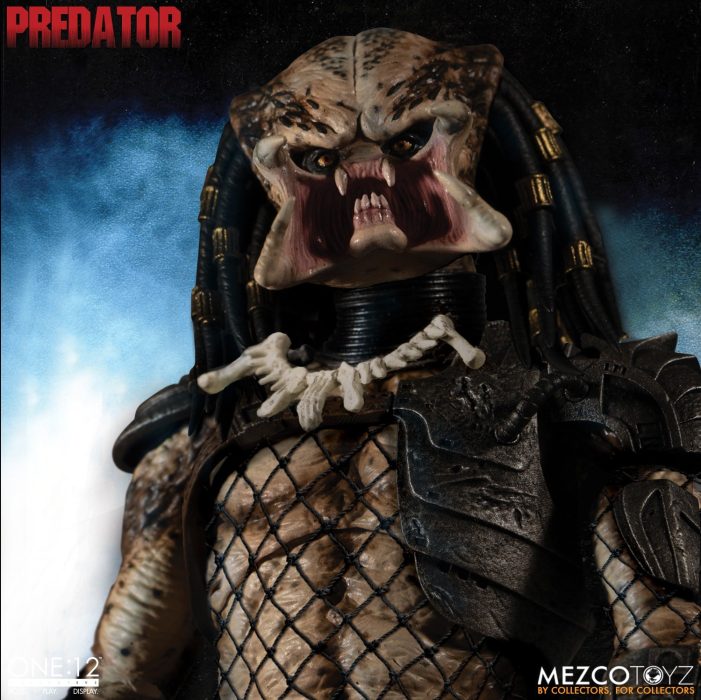 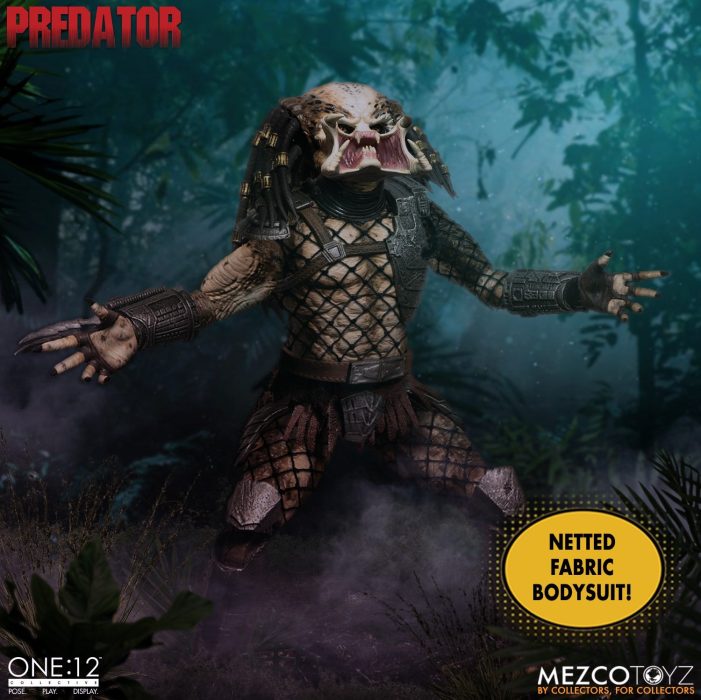 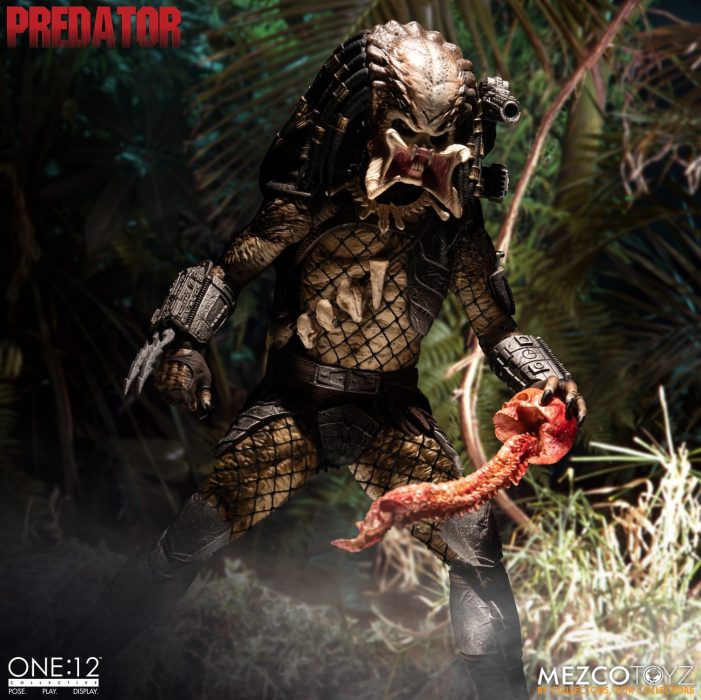 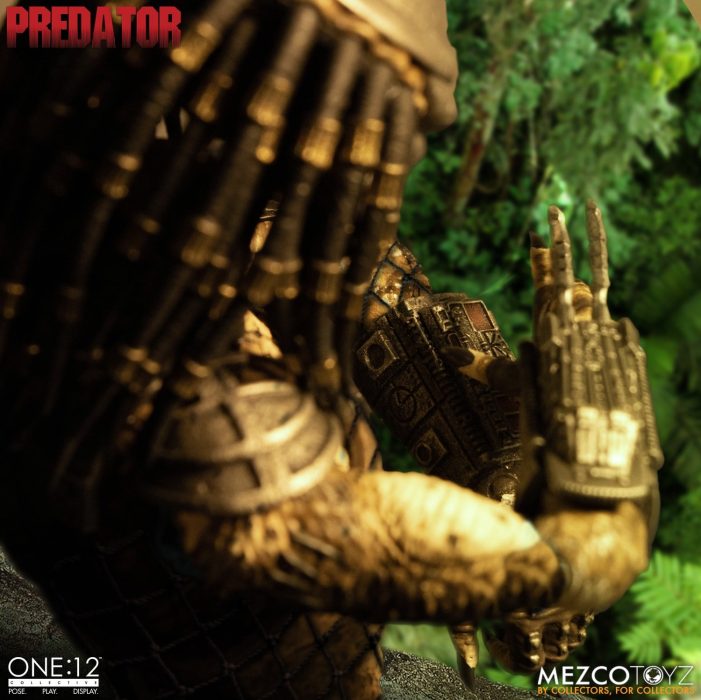 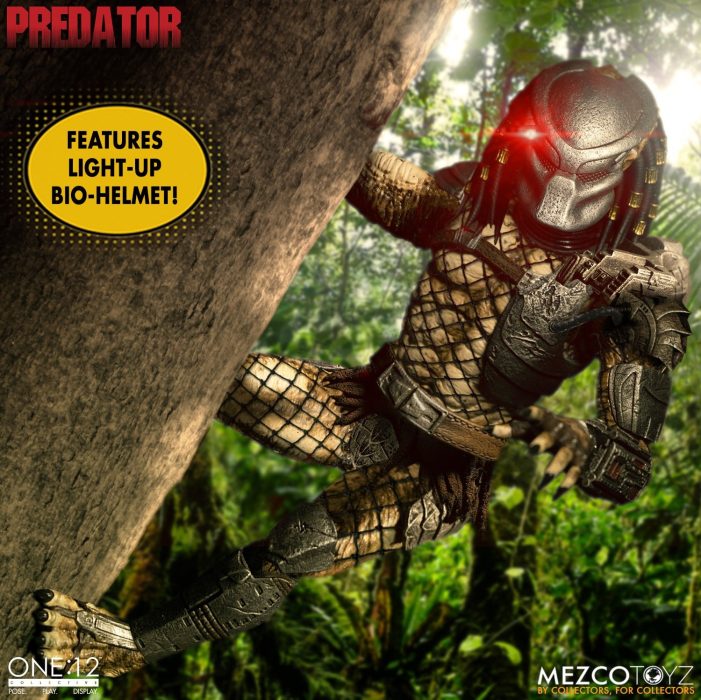 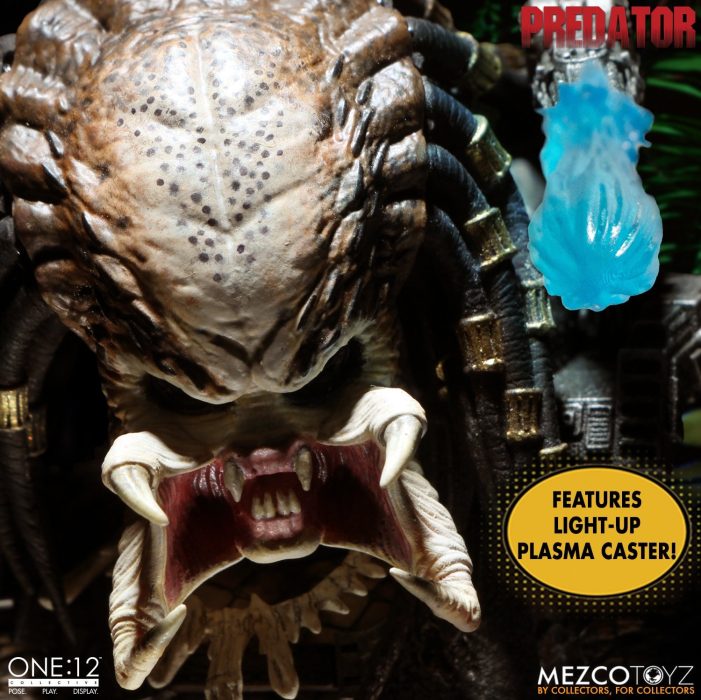 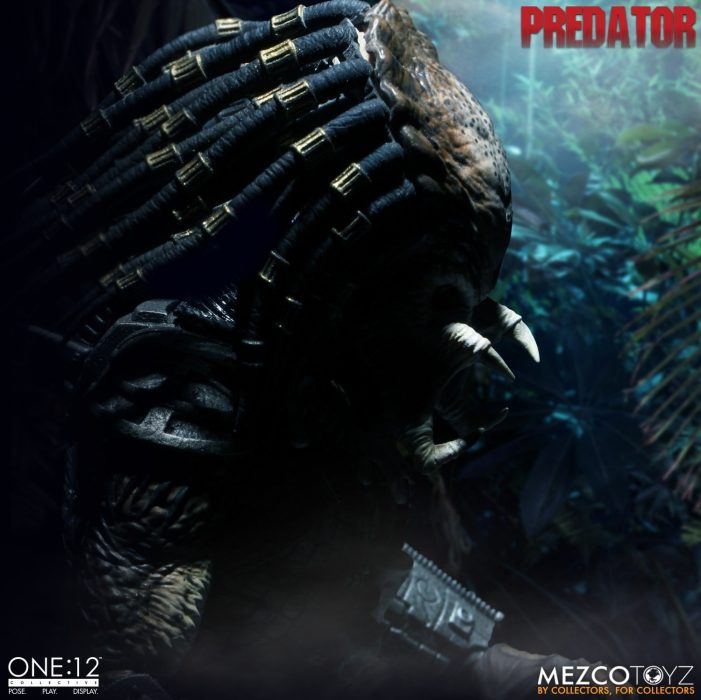 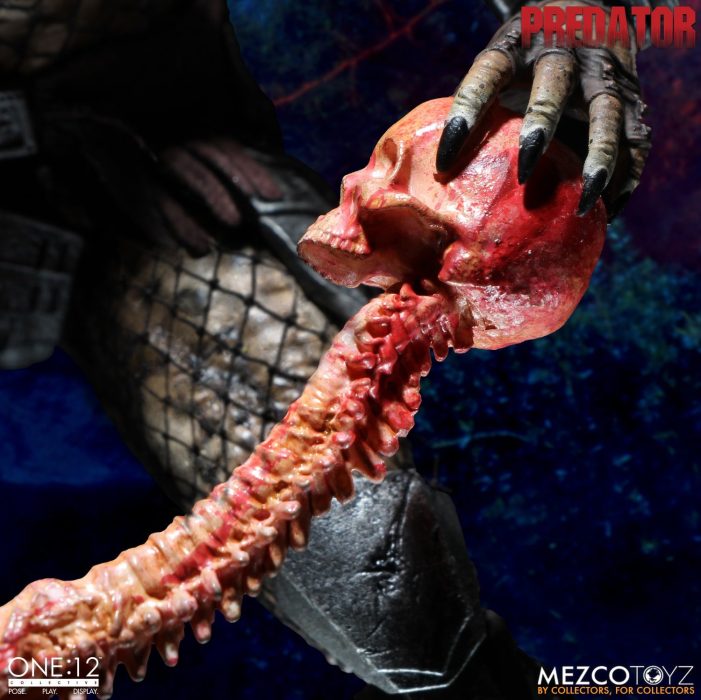 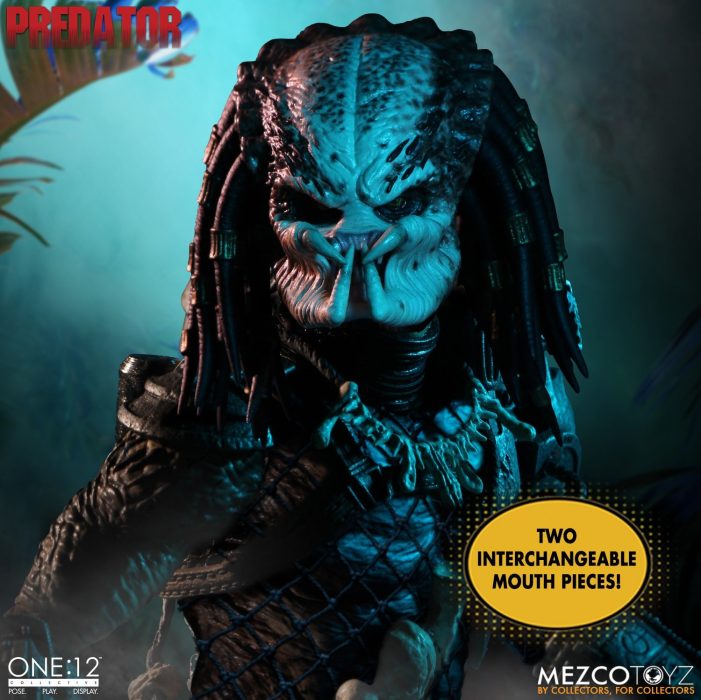 The figure has a MSRP of $100 USD and should be arriving sometime between summer and fall of 2021.

Mezco also showed off an Alien Big Chap figure at Toy Fair 2020 so hopefully we’ll see some more details on that one soon as well!