This definitely goes all in on the ‘space-samurai’ aesthetic, featuring decorative armor, an elaborate base, ripped out trophy skull, and staff weapon. 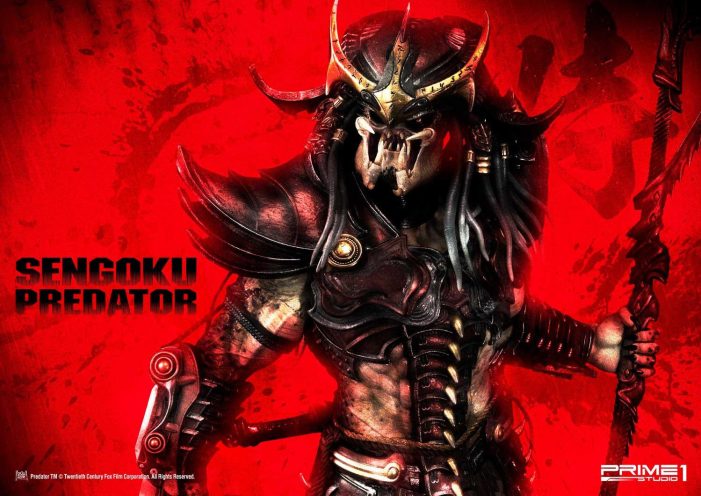 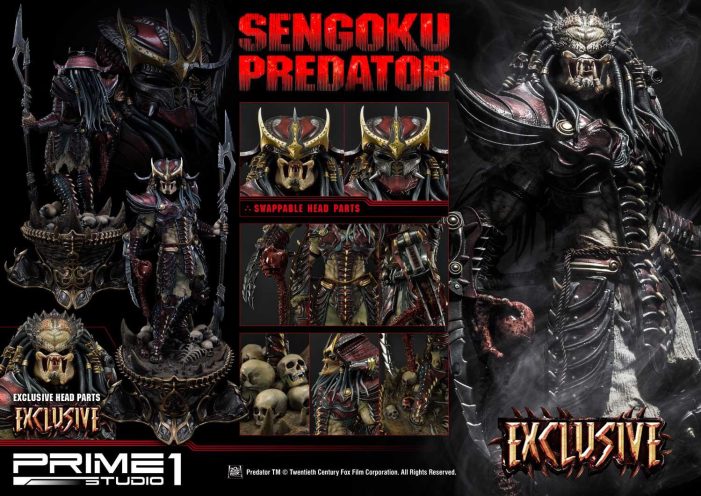 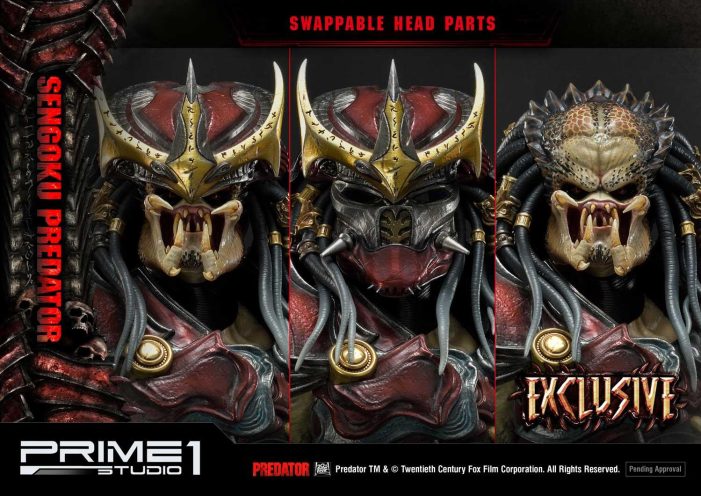 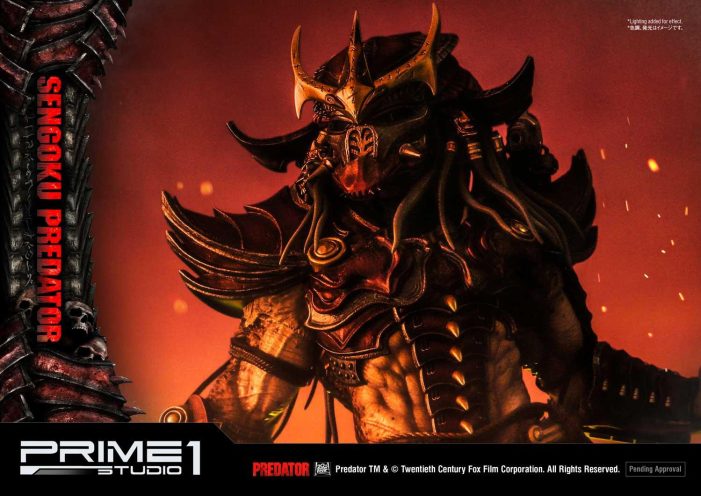 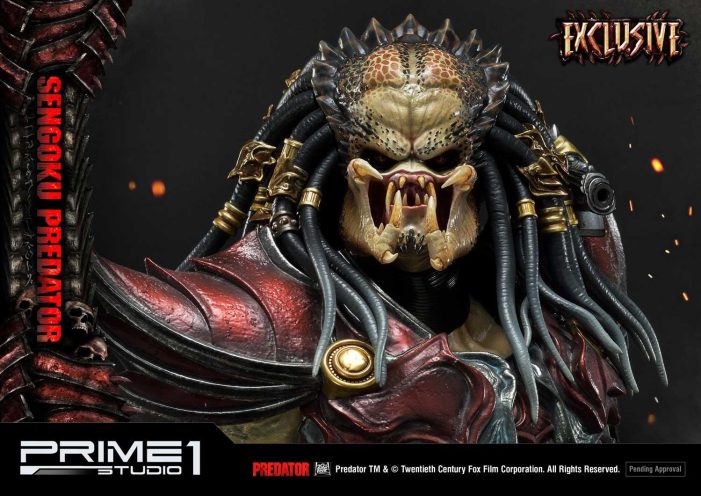 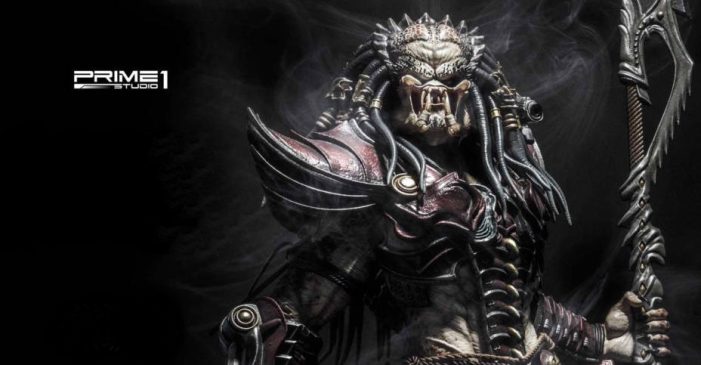 The piece also has interchangeable heads, one with a full bio-helmet, and another with just a head-piece. A second, exclusive version of the collectible comes with a third, completely unmasked head.

Here’s the description from their site:

“An extraterrestrial species characterized by their hunting of Xenomorphs/Aliens for faith and honor using a combination of highly advanced technology are the Yautja, also widely known as Predators. Prime 1 Studio is excited to present a new piece from the Dark Horse Comics series: PMDHPR-04: Sengoku Predator!

The armor design is from the Sengoku era, the main colors are red and gold which gives a nice vibe of Japanese culture. Predator’s familiar face has more brutal expression compared to other pieces. He is holding the spinal cord in his right hand, and a huge spear in the left. There are human skulls and skeletons scattered at his feet. The statue measures approximately 35 inches tall and is made with a great attention to details.

Don’t miss adding this great piece to your collection!”

The sculpt is based upon a limited variant cover for the Predator #1 comic that kicked off the 2009 Dark Horse Comics Predator run of the Three World War story arc. 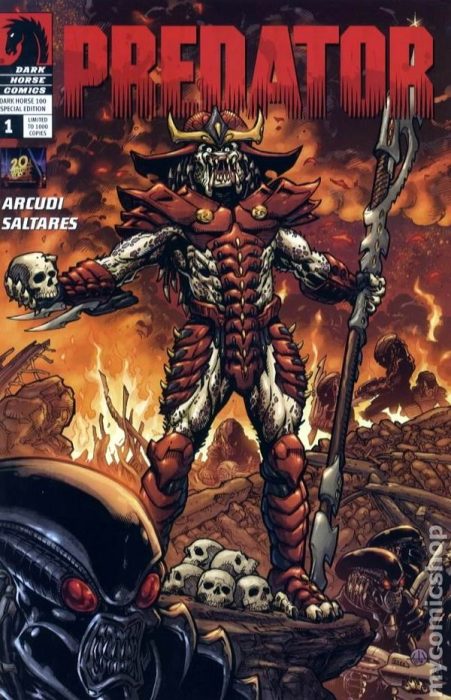 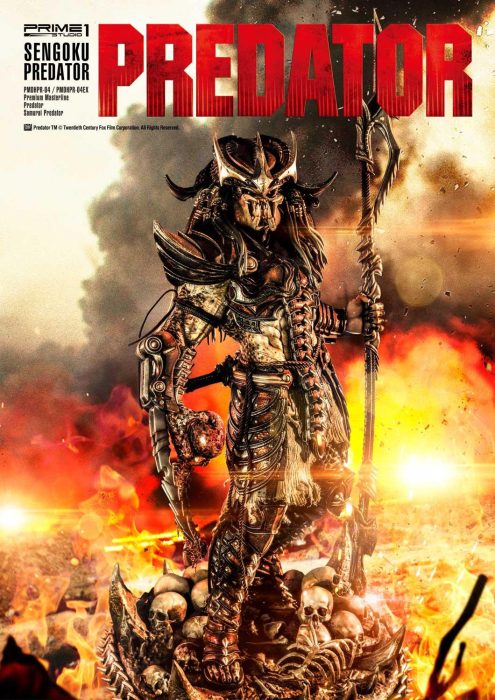 The price for the statue is definitely a hefty one at $1299 for the standard version, and $1399 for the EX Edition.

Prime1 offers payment plans if you want to reserve one and pay in more manageable installments. It doesn’t have a final release date yet, but it’s due to come out sometime next summer in 2021.

You can find the pre-order pages for the two versions using these links, where you can also check out the full 64 image gallery:

It’s nice to see so many stunning Alien & Predator collectibles on the horizon from Prime1, including some awesome looking Alien wall mount busts made in collaboration with our very own community member CG Artist ‘Locusta.’