It’s just 3 more days of waiting, and then we’ll finally be able to jump into the skin of the Predator and take on the Fireteam in Predator: Hunting Grounds! And to celebrate the impending release, Sony officially unveiled the launch trailer for Hunting Grounds!

In addition to the trailer, Illfonic’s Charles Brungardt wrote an entry for the PlayStation Blog talking about how Illfonic has taken the feedback from the recent trial weekend, and the changes they’ve implimented as a result.

“For the Fireteam we made infil locations based on the mission. Quick gear swapping controls are now shown on the screen and many weapon adjustments have been made, in regard to damage done, etc. We made the diffuse button for the Predator Self Destruct sequence easier to interact with. However, there is an increased difficulty with the Self Destruct puzzle. Also for the Predator target isolation will no longer start at 100% at the match start. We also enabled the ability to switch weapons while transitioning in Predkour and made changes to various elements of the weapons, like damage. One of the pieces of feedback we heard a lot was about the Predator’s footstep sounds, we updated the walking/running footstep attenuation to make the Predator stealthier.

And lastly, some of the additional issues the community gave us feedback on were also addressed like matchmaking times and notifications, crossplay is now enabled by default, voice mic mute is no longer enabled by default, and many more. Performance issues are still something we continue to look at and dial in. This will be ongoing, especially as we put out planned updates down the road, post launch. Which we do have a plan for!”

Illfonic also recently published the Patch 1.0 notes on their community forums, detailing some changes made from the trial version of the game. You can read them in full over on Illfonic’s forums. 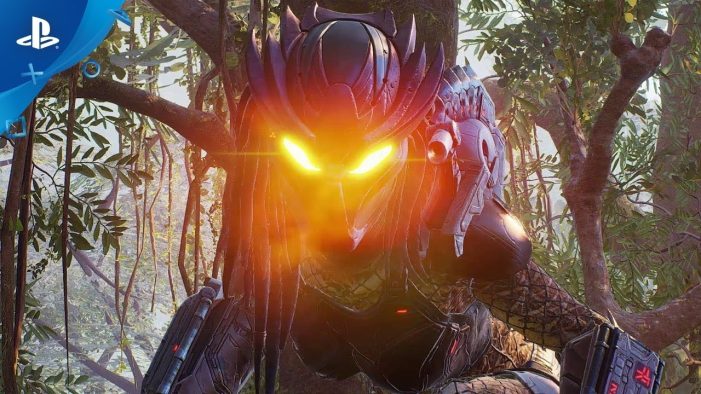 Brungardt also talked about post-release support for Predator: Hunting Grounds, confirming that the first content update will be around a month after the game’s release!

“Speaking of planned updates, we view the launch of Predator: Hunting Grounds as just the beginning. What that means to us, at IllFonic, is that we ​can continue to drop new content post launch. We do have a roadmap in place for this already. In fact, you will see the first content update​ — which will be a free one — go live a little over a month from now. And the​re will be more content updates after that. These will include many great surprises. This is part of why our community forums are so special to us. We are listening and taking your feedback to heart, whether it be found bugs or comments on the game.”

And for those out there planning on picking the game up on the PC, the Epic Store now has a Deluxe Digital Edition which comes with a variety of Epic themed (much like the PS4 version had Playstation themed) skins for a variety of weapons, and the Predator himself! 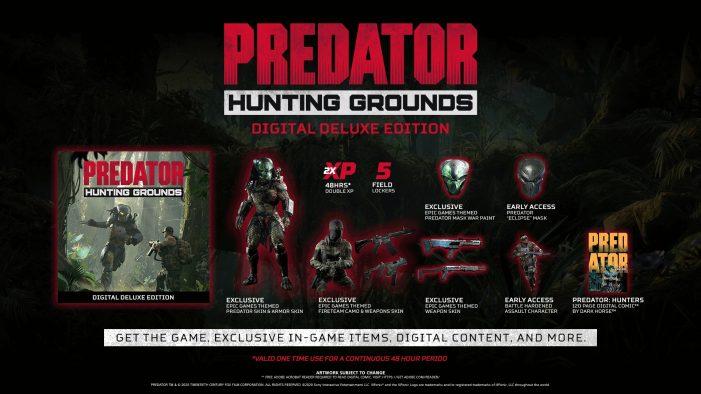 Thanks to molasar for the links. Make sure you stick with Alien vs. Predator Galaxy for the latest news on Predator: Hunting Grounds! You can follow us on Facebook, Twitter, Instagram and YouTube to get the latest on your social media walls. You can also join in with fellow Alien and Predator fans on our forums!