Emblazoned with Capcom’s iconic duotone logo the Capcom Home Arcade delivers a classic single and multiplayer arcade gaming experience. Featuring 16 of the best Capcom titles from the golden-age of arcade gaming, the two full-size premium stick and button configurations allow these games to be played the way they were meant to be played.

The Capcom Home Arcade is slated for release on the 25th of October and is currently available for pre-order for €230.00. The Home Arcade will also feature Online Leaderboards so you can see how you match-up against fellow Predators or cyborg versions of D. Schaefer! 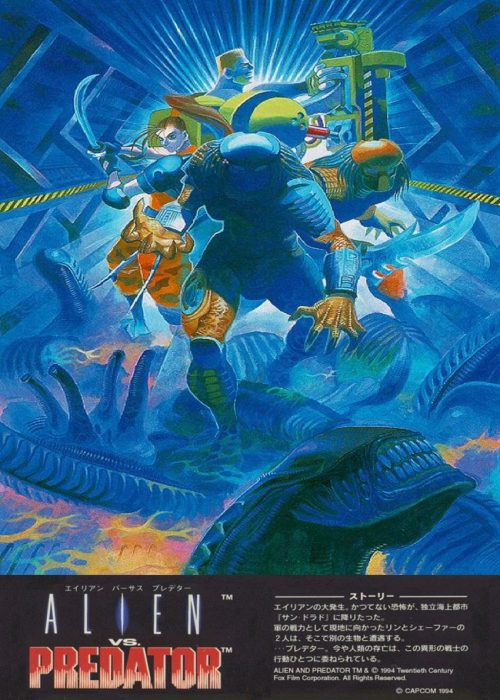 Capcom’s take on Alien vs. Predator has been receiving a bit of love lately in the form of NECA’s arcade inspired line of special figures that are in stores now!