NECA Predator Series 18 is the eighteenth wave of Predator action figures from NECA that was released in early 2018. This series is very much based on various Predator comic book series. ‘Hornhead’ makes his first appearance from the recent Predator: Life & Death series which comes with a removable mask and sword accessory. We also have Broken Tusk from the original Aliens vs Predator comic book series and comes with a gun and bladed weapon. Machiko also appears as the final figure in the series with a removable mask, extra interchangeable hands and a rifle weapon.

Hornhead made his first appearance in Predator: Life & Death, and is a great companion piece to the Ultimate Ahab Predator, also from the currently running comics. He utilizes the new Ultimate Predator body, and comes with a removable mask and sword accessory that fits in a sheath on his back. Broken Tusk originates in the classic 1990s Aliens vs Predator comics, and his epic story arc also includes Machiko Noguchi, a human colonist who performs the incredible feat of earning his respect and joining his tribe. Broken Tusk utilizes the new Ultimate Predator body and comes with gun and bladed weapon that measures over 12” in length! Machiko has a removable mask, extra interchangeable hands, and rifle accessory.

We’ve paid close attention to detail to make these as accurate to the comics as possible. Hornhead and Broken Tusk stand 8” tall; Machiko stands 6.5” tall. Each has between 25 and 30 points of articulation. Blister card packaging. 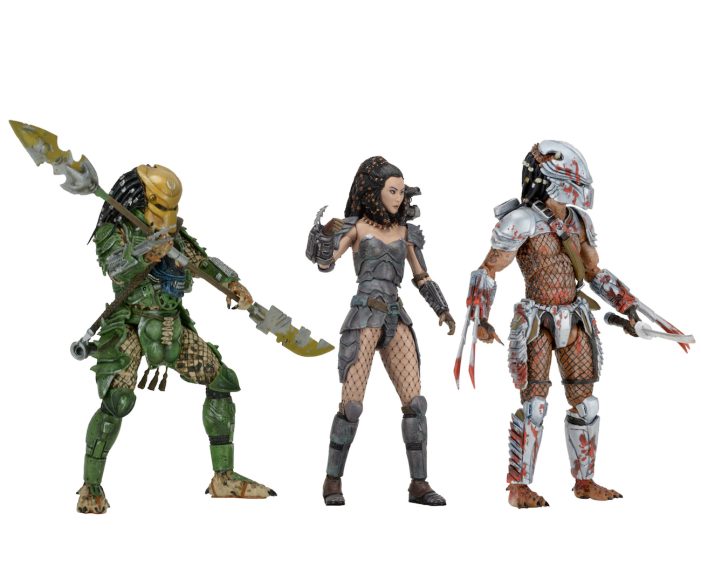 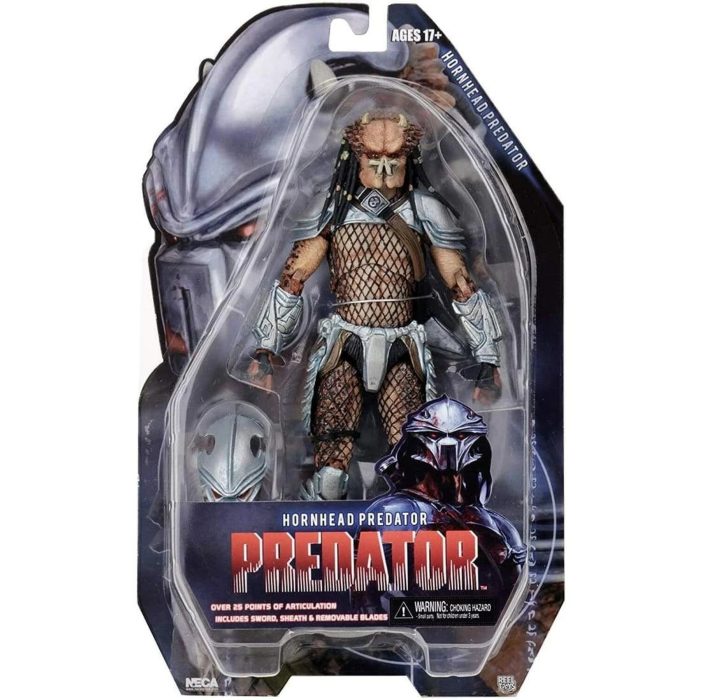 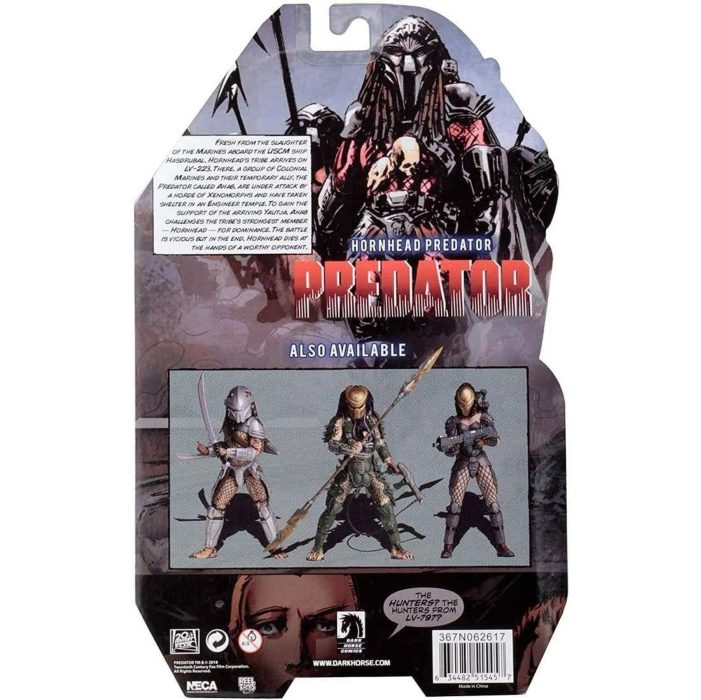 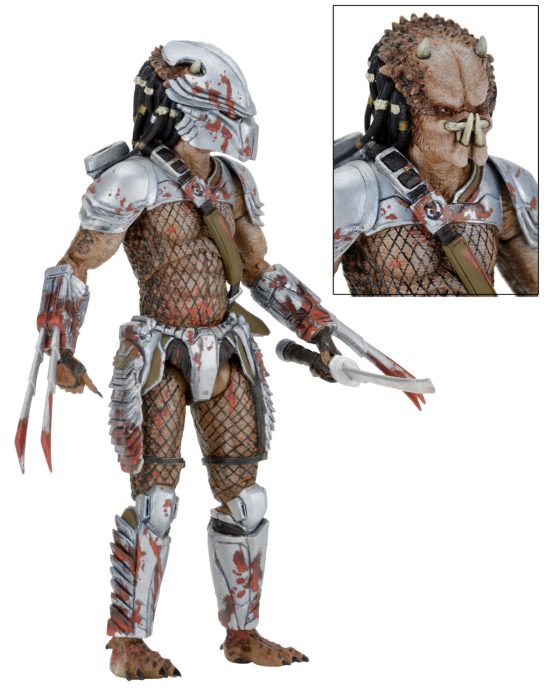 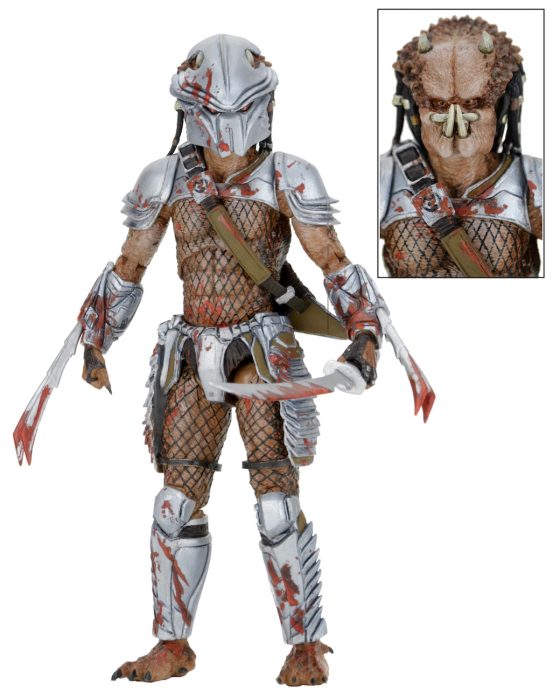 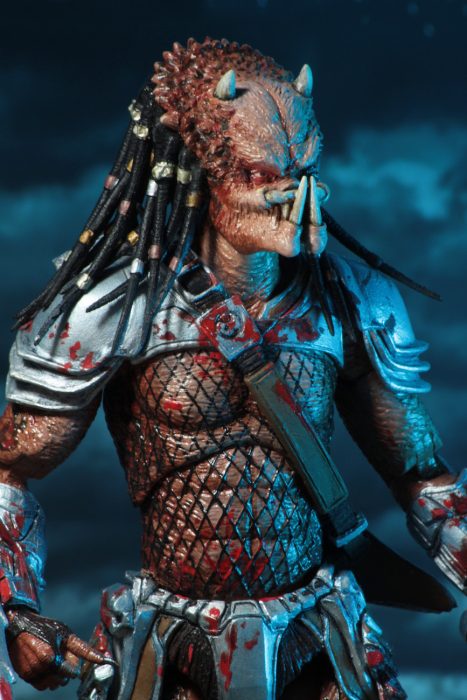 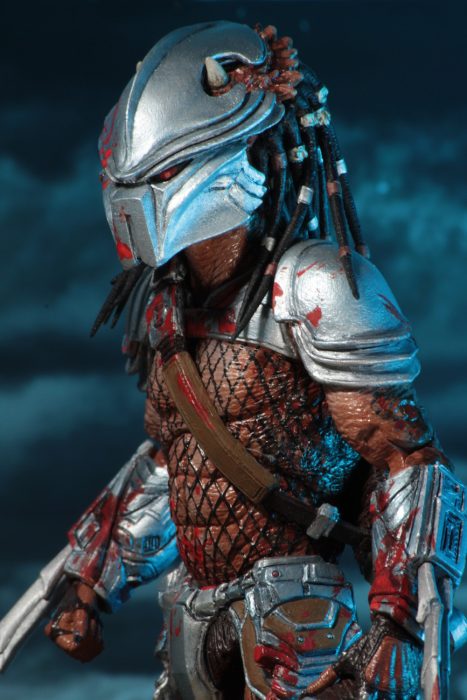 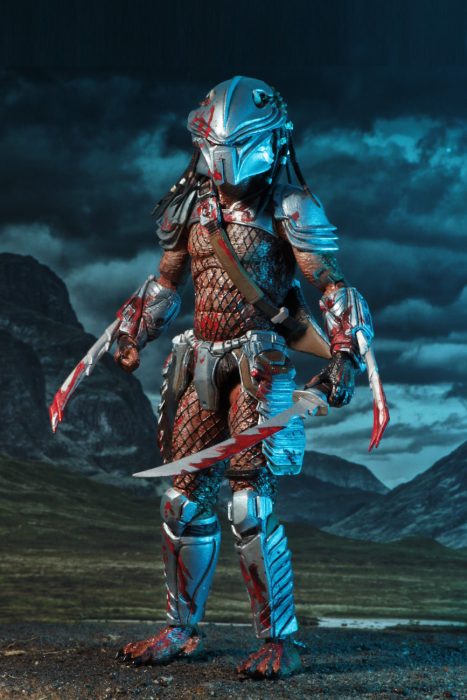 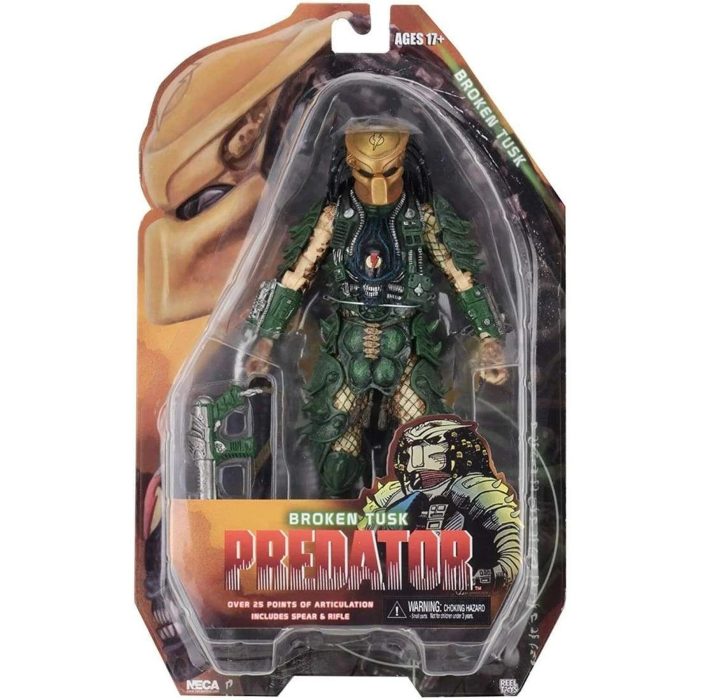 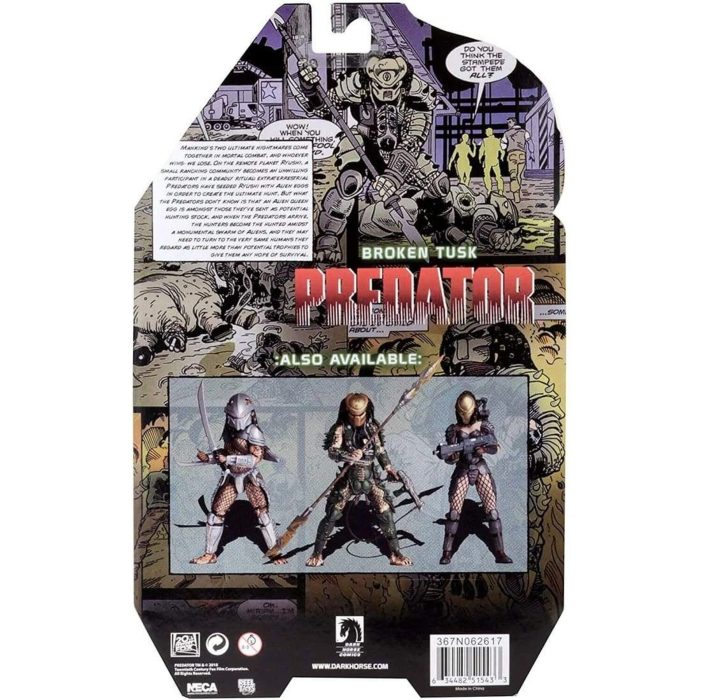 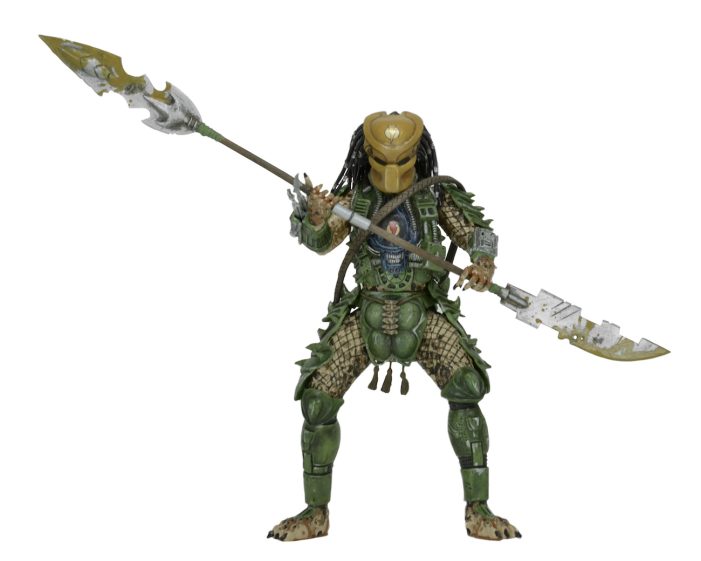 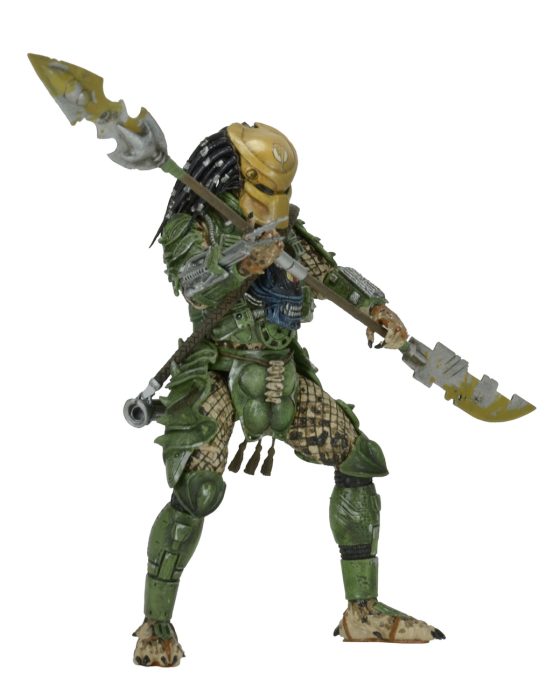 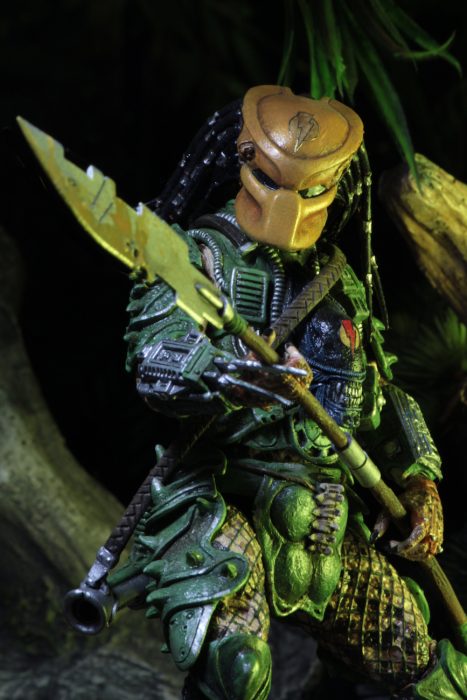 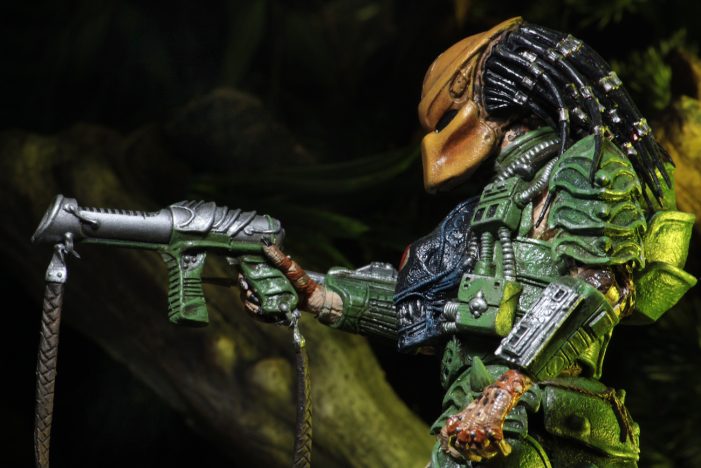 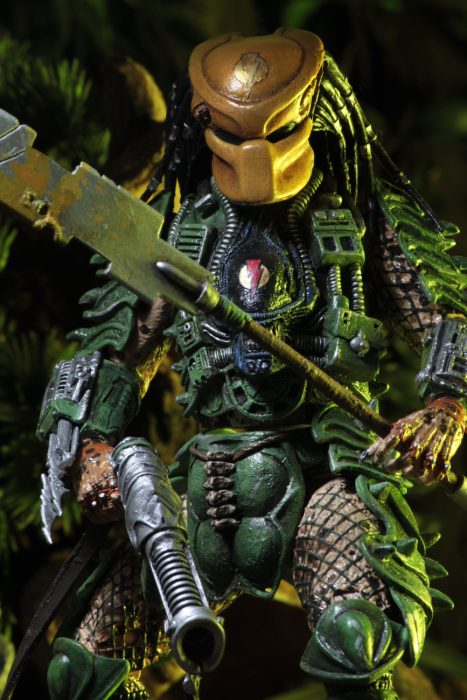 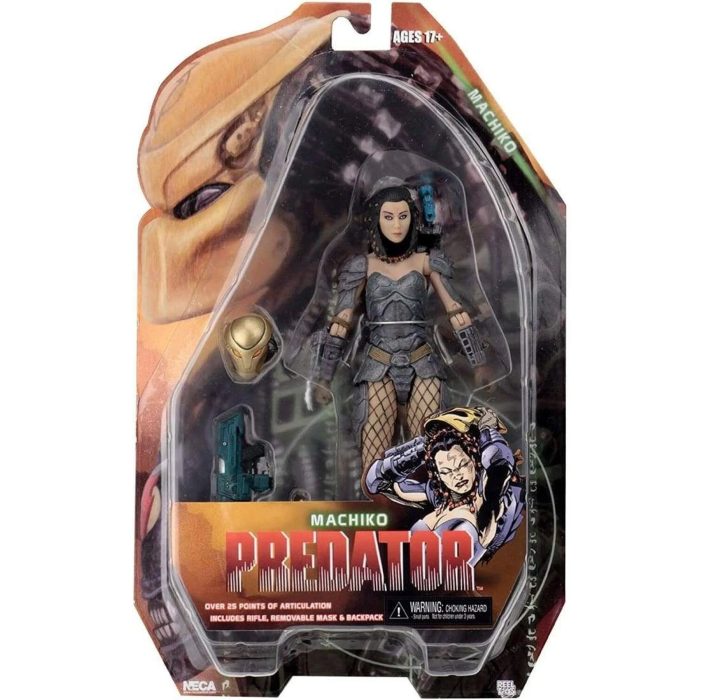 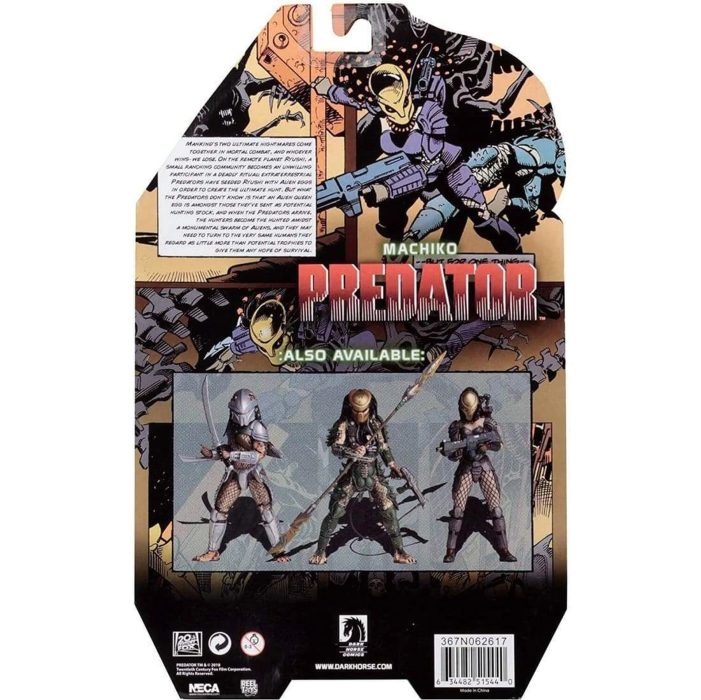 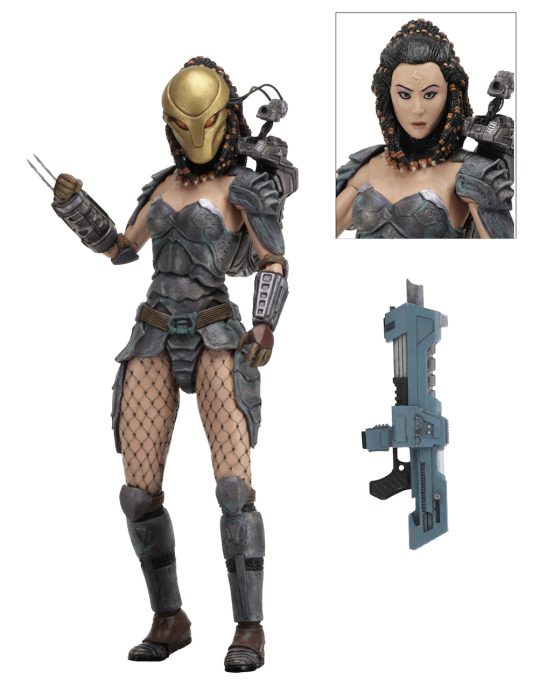 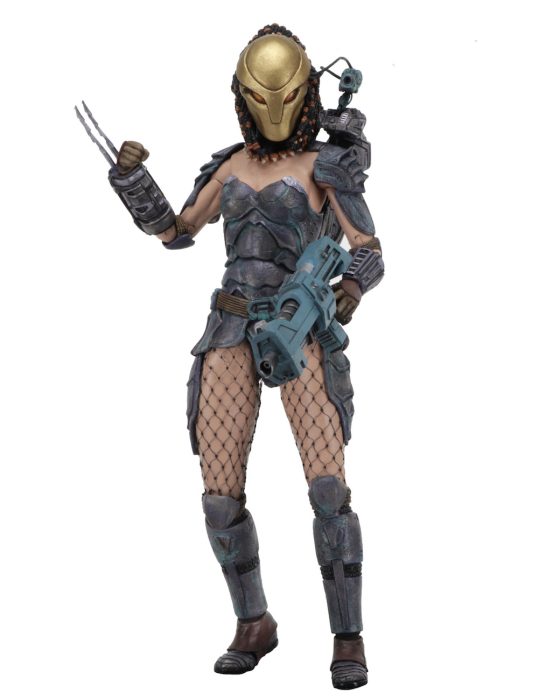 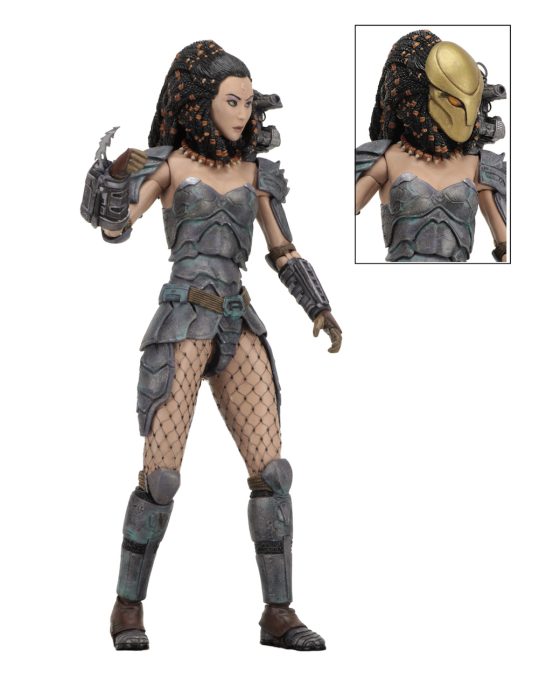 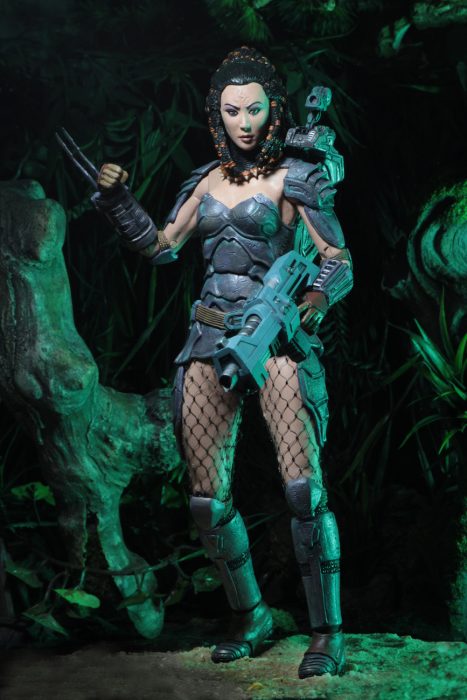 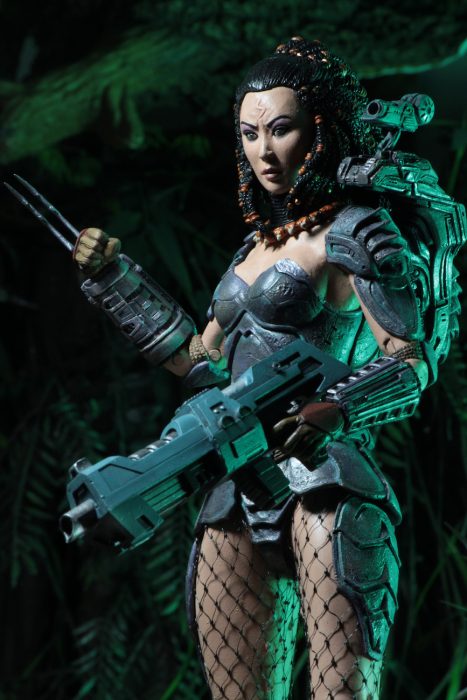 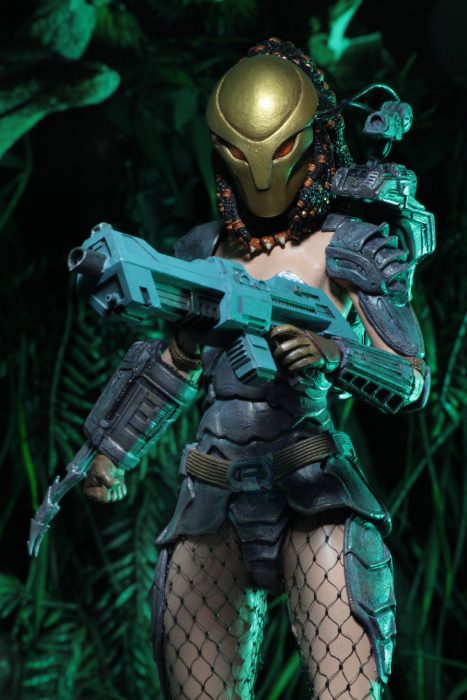